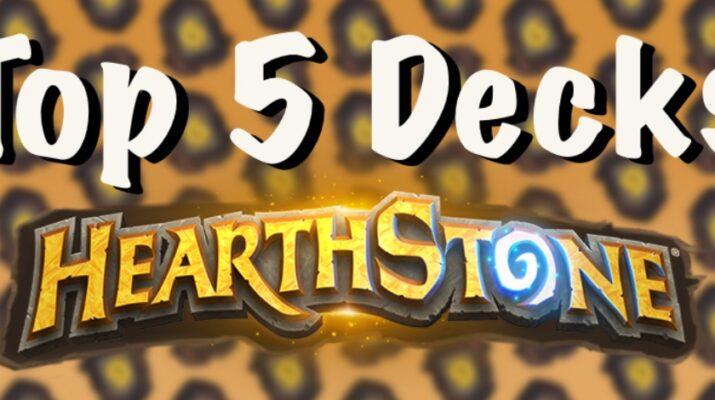 The List of nerfed and buffed cards in Patch 25.0.4 from a few days ago is long:

And of course, all these changes must have led to such in the meta.

It’s also always hard to find or choose the right decks for the top 5.

On the one hand, because there are more than 5 good decks that you can play at the moment, on the other hand, because it depends on which region of the ladder you are in.

In addition, there are decks that just feel good, but sometimes aren’t really.

If you look at the decks that were played at the Hearthstone World Championship last weekend as a measure of good decks BEFORE the nerfs and buffs, there were a lot of different Rogue decks, Boon and XL Priests, Quest Demon Hunter, Druids, and only a few Mages and Paladins.

Let’s get this out of the way before we look at the best decks, also to illustrate how much the patch has changed the “deck landscape”.

It would be too much to go into all the individual nerfs and buffs here.

Probably the biggest questions arise in the use of the generated cards Prince Renathal and Necrolord Draka.

Are the so-called XL decks dead?

Answer: Maybe, but not yet. There are still some decks you can play. And the really work well.

Answer: It seems that this archetype is almost dead.Substitute: Thief Rogue is coming up again.

Let’s just take a look at the best decks you can play right now, and I’ve chosen different decks above all (the order is arbitrary):

This archetype is not new. Already with The Countess a really good card was added in the Castle Nathria expansion for this deck. And now with March of the Lich King Blood Matriarch Liadrin and Seal of Blood.

And also many many powerful cards that you are welcome to look at in detail using the deck code.

It is a tempo / midrange deck, with many ways to buff and even do some mana-cheat.

It’s simply about getting cards like Goldshire Gnoll and Sea Giant onto the field (ideally) and then buffing it with tools like the location Muck Pools, Convincing Disguise, and the already very familiar Primordial Wave card.

Yes, of course RNG should be on your side here!

Actually, this deck can be summed up as quickly as it can almost be played:

We collect Arcane Spell damage cards, buff or copy them with other cards, and soon have lethal in hand.

Even though it’s called Tempo Mage, you still have to have a little patience until you have these cards together.

Arcane Wyrm is a great way to start the game and get a great card for later. Arcane Bolt!

Then there is the most important card, Frozen Touch, which once infused, you get back in your hand.

The good old XL Beast Hunter is back!

Other than that, you will of course find Harpoon Gun, the Wild Seeds package and many, many Legendaries, which is why this deck is so expensive. But: you also get a lot of different ways to play it!

To sum up, the card changes have had a very big impact on the meta and the decks.

In my opinion, for the better.

Many decks are playable and competitive again, variability has increased and the meta seems more balanced.

Of course, there are still such decks as Aggro and Ramp Druid, Imp (Curse) Warlock, Shockspitter Hunter, Scythe Demon Hunter, Blood Control death Knight and many, many more.

In any case, have fun playing the above decks and don’t forget: STAYHYPE! 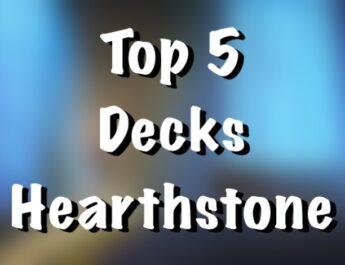 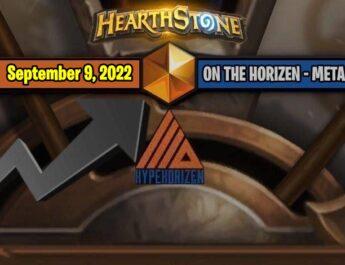