The Money Match Series by ClarkHELLSCREAM is hype. Most of the matches are self sponsored by yours truly, ClarkHELLSCREAM! My goal is to do at least one match a month, with the next one to be determined soon. Keep your eyes on HypeHorizen and my social media for the next one.

Let’s talk about what they’re all about.

There are many Hearthstone streams that are top level high brow entertainment and that’s all good, but the Hearthstone Money Matches are a series I have been running to create more spectator events for people to enjoy while watching themed decks and gameplay that you probably won’t see anywhere.

The competitions are fun, but there is a structure and it varies from match to match. The ones I’ve done so far are a Best of Nine Challenge between prominent members of the Hearthstone community for entertainment purposes.

In the past, matches were deck building challenges and mirror matches where the winner walks home with $200. One notable match between Dmoney and Ecore100 threw down over $400! During the match sponsored by j3ster.gg Ecore’s Guff was not enough to defeat Dmoney’s wizardry. Even though it was meant to be fun, the competition was fierce and there was some super exciting plays made during the matches.

In the latest Money Match, the players were Jambre/BabyBear vs NaySyl/Nalguidan and it featured a deck building challenge right before the release of Voyage to the Sunken City. The twist was was Couples Night! For fun, we decided to make a rule where no duplicates were allowed. Both teams were given a core list of 15 cards and were asked to complete the decks with no duplicates.

Spoil Alert the winner was Team JamBear in 8 matches (5-3).

Check Out Past Participants Here

Everyone Get in Here!

Whether the player’s decide to donate to charity, battle each other for real money or simply just provide entertainment, the Money Matches are something I’m proud to bring to the Hearthstone Community. See you in the next one. – Clark!

February 26, 2021 VengaDragon Comments Off on Giveaway | Forged in Hype 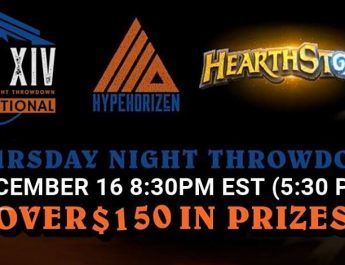 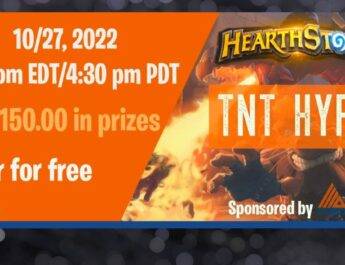