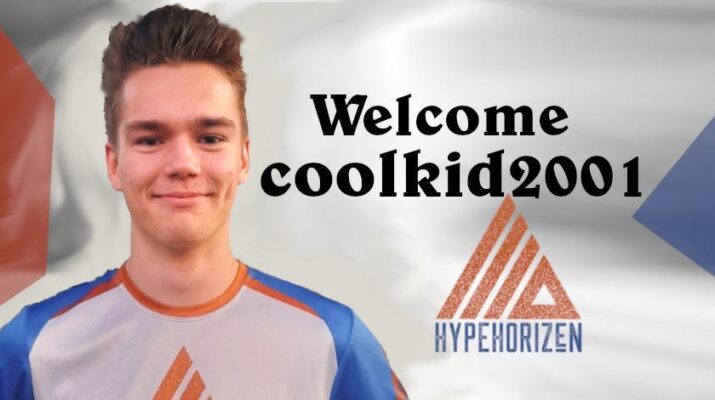 HypeHorizen expands its roster in June 2020. The signing of coolkid2001, competitive Hearthstone player, from Australia is the third addition to its growing team.

Tell us about your thoughts on being a competitive player on HypeHorizen. How did you first learn of HypeHorizen?

Being a competitive Hearthstone player on the roster of an esports team is a dream come true. No matter the game I have always had the mentality ‘I have to be the best’ and this is a huge step forward for me in that department. I am really excited to start my journey on the HypeHorizen roster and am super excited to see where this leads not just for me but the entire HypeHorizen ‘brand’.

I first learnt of HypeHorizen through Dmoney’s stream when he did that super HYPE mega awesome announcement at 2pm.

What platform do you stream on and why? How did you get into gaming?

Although I don’t stream as consistently as I would like, I stream on Twitch. I honestly don’t consider any other gaming streaming platforms as such, none of the other streaming platforms have close to the amount of relevancy that Twitch does. Unless we’re talking Facebook Gaming, but don’t get me started.

I’ve been playing games my whole life but only really got into it at the age of 10 when my Dad and Uncle got my brother and I a pc. I had played games on xbox 360’s and playstation 2’s but this with this pc came a whole new world. This is when I truly fell in love with gaming and esports.

There are numerous people that I look up to in Esports, but if I had to single out one, it would probably be Zapman. Zapman is a Smite player who was viewed as one of the best from the very start of Smite Esports however he was never able to win a world championship, even missing out on qualifying for worlds two years in a row. This didn’t stop him and he entered the 2020 world championship with his SK gaming boys as an underdog where they were seen finishing 1st. This type of perseverance is important in not only Esports but everyday life.

The best part of streaming is definitely meeting new people; I have met a lot of cool people through streaming. Dealing with trolls is actually something I really enjoy too.

I don’t really have a favourite quote. However, when I search for most popular quotes “The greatest glory in living lies not in never falling, but in rising every time we fall” comes up. So probably not that because I like to be different.

When streaming there is more pressure to perform because people are actually watching. When jamming ladder games offline it’s whatever. I feel like I perform a lot better when under pressure and this pressure is what drives me to be the best I can be.

When I’m not streaming I’m either playing hearthstone, watching twitch or dunking on kids at the local basketball court. Eating food and drinking water are also activities I tend to dabble in.

What game(s) are you streaming? Please give us a quick rundown of the game(s) and tell us why this is the game(s) you’re streaming.

One thought on “Coolkid2001 Joins The Competitive Team”