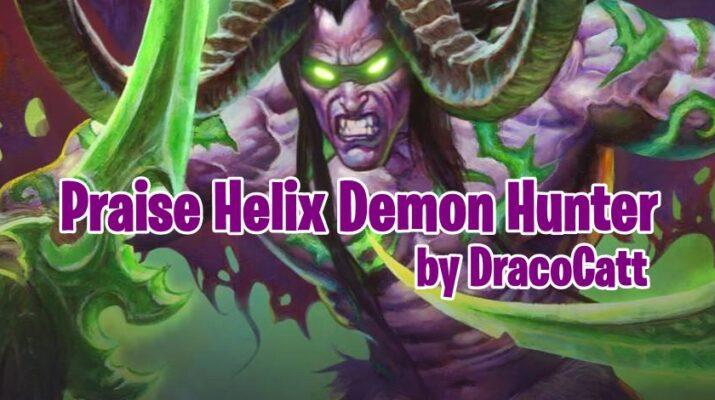 What is the Panda Perspective? Well that is kinda simple. This is my viewpoint on Hearthstone based around a particular stimulus. Okay that didn’t sound that simple. Let’s try this again. I take something, whether it be a deck, a bug, an unusual interaction or even the meta itself. I then take that focus and I discuss how that impacts the meta at current.

What is the Panda Perspective? Well, that is kinda simple. This is my viewpoint on Hearthstone based on a particular stimulus. Okay, that didn’t sound that simple. Let’s try this again. I take something, whether it be a deck, a bug, an unusual interaction, or even the meta itself. I then take that focus and I discuss how that impacts the meta at current.

So for this inaugural edition of the Panda Perspective, I want to talk about the fluctuating meta environment right after the Sunken City Mini Set: Throne of Tides. Though we are going to focus on a deck I highlighted in my Sixth Episode of the Panda Pals segment I do on stream and YouTube.

I was lucky enough to be able to cover an awesome new deck by the TOP Demon Hunter player in Hearthstone, my teammate and friend, Dracocatt. Straight out of the box on day one, Dracocatt piloted his deck entitled Praise Helix to Rank 17 Legend. I of course HAD to try this deck out, and you know what? IT’S AMAZING! I crushed it on Ladder and fully expect to have Legend today or tomorrow WITH this very deck.

So what is the deck?

Well, it is a variation of the Demon Hunter deck that was crushing Ladder right before the mini set dropped made by Jambre. It all centers around two cards primarily. One is the incredibly powerful Legendary Demon Hunter Colossal, Xhilag of the Abyss, which gives an incredible amount of offensive power in a single card. Further, you can also look at this card as a very strong Soft Taunt. When you play Xhilag, he is a 3/6 body that produces four additional appendages in the form of “demonic stalks”. Xhilag itself increases the damage the stalks do at the START of your turn. The stalks are 1/2 demons themselves that at the END of your turn deal 2 damage to a random enemy. This in and of itself presents an interesting conundrum for your opponent as they have to decide if they want to clear the stalks or Xhilag itself to stop their growth. Of course, eliminating them all is the ideal situation but this often takes a lot of resources to do so. Now the other card that is important for this deck is Caria Felsoul. She is a 6/6 Legendary that has a Battlecry that causes her to transform into a 6/6 copy of a Demon in your deck. Seeing as Xhilag is your only Demon in the deck this hopefully will always be Xhilag unless of course you have already drawn him. This synergy is incredibly hard to deal with for most decks in the current meta.

Though that is not your only threat here. The deck is packed full of wonderful high damage Fel cards and plenty of Draw to make sure you never have your hand run dry. It also contains several of the staple cards for Demon Hunter right now such as Vicious Slitherspear, Battleworn Vanguard, Lady S’theno, and Pufferfist. Most of the cards in this deck are pretty standard for Demon Hunter for a while now, but it is the addition of the two new cards from the mini set that make this deck shine, especially the new card Fossil Fanatic. Fossil Fanatic is in my opinion the best card in the new mini set though it is not getting the recognition I feel it deserves however I expect that will likely change when people start to groan about seeing their opponent playing it. Fossil Fanatic is a 2 mana 2/2 that has a standing effect of every time your Hero attacks you draw a Fel spell. This is incredibly powerful in conjunction with cards like Multi-Strike which in fact is a Fel spell itself so the added attack could very well draw you an ADDITIONAL Fel spell which could in fact be another Multi-Strike for SICK value.

The other new card I will touch on because it is a very good card, but I don’t necessarily think it is as impactful as the Fossil Fanatic. This other new card is called Herald of Chaos. This is a 3 Mana 3/4 with Lifesteal which is already a great card. It however has an additional conditional that makes it even better. If you cast a Fel spell while you have the Herald in your hand it gains Rush. Truthfully when you can get the benefit of the Rush you feel spectacular but the base card is in my opinion already a force to be contended with.

So that being said, I am betting your real question is, “So Panda, why is this such a strong deck on Ladder?” Frankly, the answer is twofold. Not only is this deck loaded with high-tempo damage cards in the forms of attack buffs which can be combined with the wonderful Dreadprison Glaive, but it also has just enough face-capable damage spells to reach out despite a Taunt blocking the way. However, being multifaceted in and of itself is not the second part. The second part is that this deck is FAST! I mean REALLY FAST! You will see most games ending at about Turn 8-10. Sometimes you will see it over even earlier if you hit the absolute right combination of cards, and that means a shorter overall time frame to climb ranks.

Look are there better decks on Ladder…well maybe there will be but currently, this is one of the top decks and it isn’t seeing that much play. As the meta solidifies here in the next week, we may see this deck drop off in overall power, but I honestly don’t think so. I think this deck is incredibly solid, and with a little practice, you should have a win rate comparable to mine in the high 60%. It is too early in this meta to recommend this as a “Safe Craft”, but if you have the cards I HIGHLY recommend you throw this deck together and give it a whirl.

You can find a video focus of this deck on my YouTube Panda Pals episode 6, but you can also probably catch Dracocatt tearing up on Ladder on his stream with this deck for the coming future, so check him out on his stream at Twitch.TV/Dracocatt. You can also see more content like this on my own stream at Twitch.TV/PandatasticMan. I hope to see you there, and if you are visiting Draco…don’t forget to tell him the Panda sent you. Good luck on Ladder and remember to stay positive!