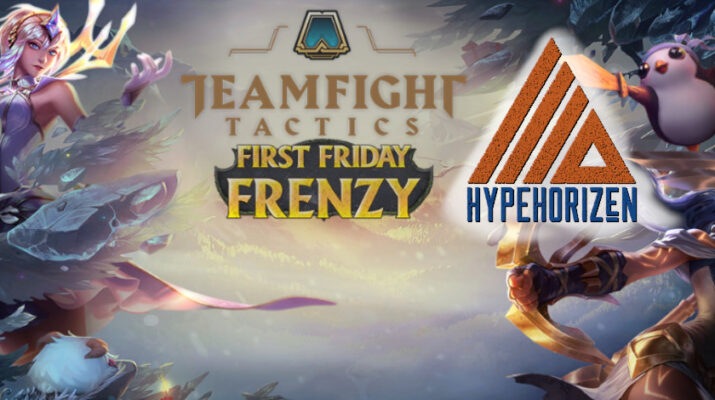 Hello TFT players! First Friday is a bit less than two weeks away and with that, First Friday Frenzy will once again be coming at you on Friday, April 2, at 6:00 PM EST. As always, it’s completely free to enter and only requires you to have an NA League of Legends account. For more info, you can join the HypeHorizen Discord.

We’ve hosted free, monthly online tournaments for two years and the series is open to anyone who has an NA TFT account and joins the HypeHorizen Discord. It starts at 6:00 PM EST and features a few special guests like RazmaGaming and Al3xem.

Since the first FFF hosted with HypeHorizen, we’ve made things a lot smoother. We’ve bumped up the start time by two hours and got the round-one start time to under 15 minutes.

We’ve also had a fantastic EUW Challenger join the team, Al3xem! He’s competed in several prominent tournaments, even making it quite deep into the European World Championships Qualifiers.

Finally, we’re still giving out $45 in RP prizes to 1st-8th. Let’s see if you have what it takes to rise above!

As stated: as long as you have an NA account, you can register. For a detailed breakdown of the tournament, you can go here.