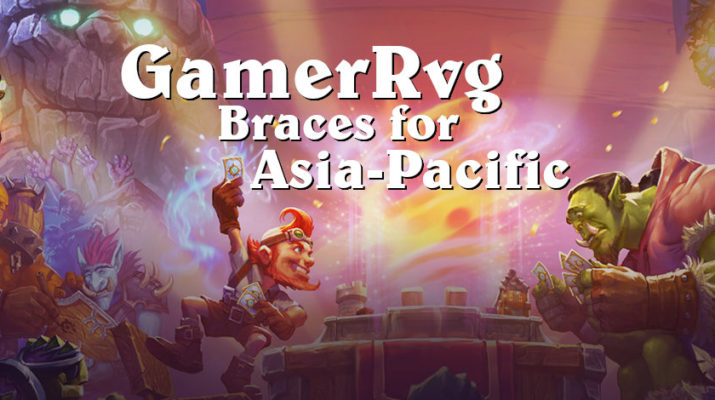 GamerRvg has qualified for the Hearthstone Masters Tour Online: Asia-Pacific tournament. For the next 20-25 hours, GamerRvg will practice non-stop, crash before the tournament, then arise to conquer day one of the Masters Tour. HypeHorizen will be live-Tweeting GamerRvg’s progress starting tomorrow at 8:00 PM ET.

“I’d be lying if I said that I wasn’t really stressed out about the changes, but overall, I’m feeling pretty happy with my play. I’m hopeful that I can use the nerfs to my advantage.”

Yesterday, Patch 17.6 dropped. All the nerfs should heavily influence the meta, especially the hits to Demon Hunter. However, GamerRvg had already been preparing by taking the post-nerf values into account in scrimmages. For example, he’d play Warglaives only if he had six or more mana available.

GamerRvg has been practicing behind the scenes with fellow competitors. He’s looked into post-nerf decks, new decks, strategies and tech cards. He’s even discovered that [redacted] will have “a good matchup spread against the meta.”

“The tournament meta is new, so if I’m able to figure out the meta and have a really strong lineup, I’m just going to get an advantage from that. If I know the meta really well, I should be able to play better than the average player, by a lot.”

GamerRvg is going into tomorrow’s tournament excited and hopeful. Excited to see new decks, potentially from Shaman and Paladin, and hopeful to qualify for Masters Tour Montreal.

“I hope I can make HypeHorizen proud. I’m practicing with my full heart. I went over my Open Cup finals match with LiquidOx. I have two-out-of-five top eights. It’s going to be pretty hard to get five top eights, but I can always go 7-2 at this event. If those don’t happen, you can bet yourself that I’m going to finish top-16 on ladder.”