Meta Overview
The meta continues to be very fast paced, with most games ending around turns 6 and 7. A majority of the metagame is hyper-aggressive and combo decks with the occasional Quest Shaman holding up the midrange. Quest warlock prevents control decks from being able to exist due to its infinite fatigue damage. This meta is reminiscent of last expansion, many powerful decks doing broken things.
This weekend is Masters Tour Silvermoon, where we are seeing a multitude of different lineups and decks duke it out. Tournament formats are very different than ladder as there are bans that allow for a plethora of decks and cards to become playable.

Best Decks
The best decks are simply the best at what they do. Shadow Priest seems to be more aggressive than Face Hunter, however. There are very powerful decks in Tiers 2 and 3 that can surely compete with those top decks. The power level dramatically drops off after tier 3, with only a couple decks worth mentioning.

Closing Thoughts
Although there are a lot of powerful decks, there are typically counters to those decks. For example, Quest Stealer Warlock has undoubtably the most powerful combo in the game, but struggles against the hyper-aggressive decks like Shadow Priest and Face Hunter. We will be seeing nerfs likely on 8/31, with at least 2 Warlock cards being increased in mana cost. In my opinion, there will need to be a lot of changes in order to really shift things, but you never know!

In the meantime, be sure to put yourself in the best position to win games by playing the decks that counter those around you. Also I hope you cheer on the Hype Horizen members competing in the Masters Tour; McBanterFace, DreadEye, and GamerRVG! 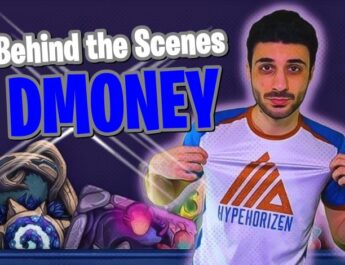 Behind the Scenes | Dmoney