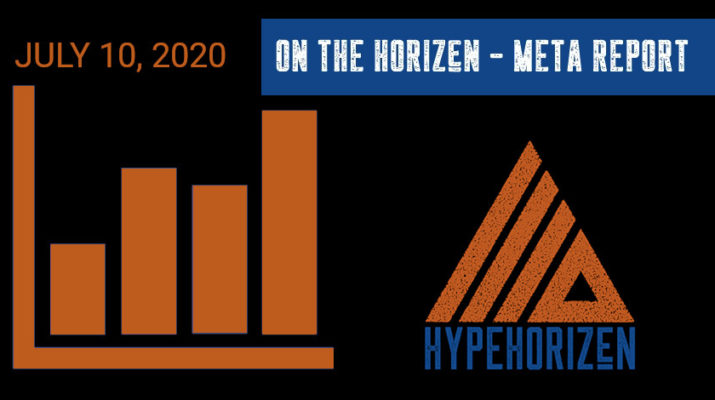 Welcome to On the Horizen, your one-stop-shop for articles written by Hype Horizen members. This week features insight from LiquidOx.

The Hearthstone Meta Report contains everything you’ll need to know about the current standard meta, as seen through the eyes of the Hype Horizen competitive team. You can expect high-level insights on the meta as a whole — and some tips for how to maneuver through it.

PLEASE NOTE: All information has been based on personal experience and personal statistics gathered through many hours of high-level gameplay.

Since last week’s review, not much has changed overall in the meta. Balance changes had rumored but only disclosed yesterday, and everyone is counting down the days until we hear news of the next expansion. With Masters Tour Online just around the corner, pro players are acting especially secretive with their decklists and tech choices, hoping to gain an advantage before the tournament.

Seeing what works and what doesn’t during this tournament could provide some inspiration for ladder afterward, and I’m excited to see what the pro players have been developing.

Demon Hunter and Warrior remain on top of the standard meta for now; Warrior is oppressing aggressive archetypes, and Demon Hunter is crushing any form of slow decks such as a Druid. These type of matchups create a false sense of balance, where some matchups feel polarized and difficult to gain any advantages.

New Deck of the Week – No Minion Mage (Spell Mage)

After Masters Tour Jonkoping, the meta felt like nothing would ever change. Thankfully, everyone’s favorite Facebook streamer, Apxvoid (sorry Toast), came to the rescue this week with his homemade No Minion Mage.

This deck utilizes the early game secret package in Mage to stay alive, then uses value cards like Font of Power and Power of Creation to generate threats in the late game. The deck also contains a potent burst package with double Fireball and double Frostbolt as well as the versatile Apexis Blast.

Combined with the mana reduction of Incanter’s Flow, you can do some pretty crazy damage in one turn, including burst lethals reminiscent of good old fashioned Freeze Mage. On the topic of freeze, spells like Deep Freeze and Frostbolt are super strong against classes which attack with their heroes — which just so happens to include Demon Hunter and Warrior. Coincidence? I think not.

In the mulligan with this deck, Learn Draconic, Incanter’s Flow and Font of Power are always great to have, as well as Arcane Intellect in slower matchups. This deck isn’t the most powerful deck in the game right now, but it’s for sure a lot of fun and comes at a good time when we’re looking for something new to try out.

The selection of decks is a personal Tier List based on statistics from the decks I face. I think there is a big difference between a strong tournament deck and a strong ladder deck so this tier list will be considering ladder alone.

For example, I believe Rogue is a strong tournament deck when banning Warrior, but feels weak on the ladder, especially when you face lots of Warrior or Druid. All decks on this tier list are playable and can have success. I won’t lead you astray with random meme lists, however much I enjoy Murloc Druid.

3- Any form of Shaman

As a result of polarizing match-ups, we’re all thinking it: Something has to change. Overall, I think this meta has been okay (if we ignore Demon Hunter’s ridiculous power level in April), but we are all getting that 2 month Expansion fever where everything feels the same. Egg warrior is fun and strong, but you’ve been “challenging people to mak’gora” (Warmaul Challenger’s voice-line) for the last 2 months and you want something new and different to try.

Meanwhile, I remain hopeful that some cool creations will come out of this weekend’s Masters Tour. If not, I might take up Chess. Hope you enjoy the decks listed above and I wish you luck on the climb!