Weeks after the release of the Wailing Caverns mini-set, the meta has settled, with a few decks rising above the others. While the mini-set did come with a couple powerful neutrals that have found homes in multiple archetypes, Shaman was the class that received the biggest benefit. Primal Dungeoneer and Wailing Vapor have proved to be crucial to Shaman’s revival, now appearing to be one of the strongest classes in the game. Priest, Warrior, Druid, and Rogue all have held onto top decks, while Warlock and Paladin are struggling to find a spot in the meta. Hunter, Demon Hunter, and Mage all have at least one strong archetype, but none that appear to be top tier.

Menagerie Priest has cemented itself as the strongest deck in the game, particularly in the hands of a skilled pilot. Rush Warrior and Token Druid have strong matchup spreads against most of the field, with Priest proving to be the major exception. Elemental Shaman is an archetype that is still being refined, but looks like it has cemented itself in the top tier.

Looking at how the meta has developed over recent weeks and months, it seems that this meta is approaching a point of being solved. The top decks, with the exception of Shaman, have been at the top for quite a while, and there are very few new decks being discovered. Coupled with the widespread complaints about Priest that have surfaced lately, Hearthstone could certainly use a shake-up. Talks of a balance patch after MT Dalaran are still fresh in the mind of many players, but no official confirmation has been made as of now. Until a balance patch is made, we are unlikely to see a major shift take place. 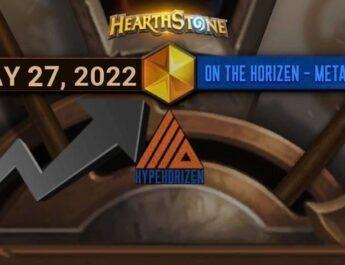