A few weeks after the recent balance changes, more change has come to the Hearthstone meta. With the release of the Wailing Caverns mini-set, 35 new cards were introduced. As players continue tinkering with the recent changes in an effort to uncover and refine the best decks, the new batch of cards leaves even more room for exploration and uncertainty in the meta. Powerful legendary minions such as Kresh, Lord of Turtling and Mutanus the Devourer were introduced, giving greedy control decks additional tools.

While most of the mini-set cards don’t look impactful as of now, the meta, particularly at higher levels of play, looks like it may be warped by the presence of greedy cards such as Mutanus and Southsea Scoundrel, with those cards being particularly effective in Priest and Warrior. Meanwhile, Demon Hunter received a few cards that look to be impactful in a Deathrattle package, and Shaman finally received some of the card draw that the class desperately needed. Paladin also received further nerfs, with First Day of School getting nerfed again, while Hand of Adal was nerfed for the first time.

While nothing is certain just a couple days after the release of the Wailing Caverns, it does seem that the meta has not shifted too much. Priest is perhaps even more powerful at high levels of play than it was before, while Miracle Rogue and Rush Warrior seem to still be quite strong. The previously mentioned Kresh and Mutanus have made their mark on those decks, while recently nerfed classes Mage and Paladin received little from the mini-set, and may struggle in the coming weeks.While nothing is certain so soon after new cards have been introduced, here are some early impressions of the Wailing Caverns meta.

With the mini-set being released just a couple of days ago, the meta has plenty of room to shift. While some early winners of the set have been found, it will likely take weeks for the meta to fully develop and settle. For the time being, enjoy experimenting with the new cards, and best of luck climbing the ladder! 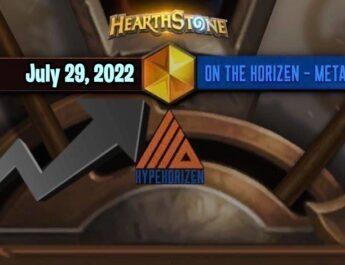 Level Up Your Mercenaries