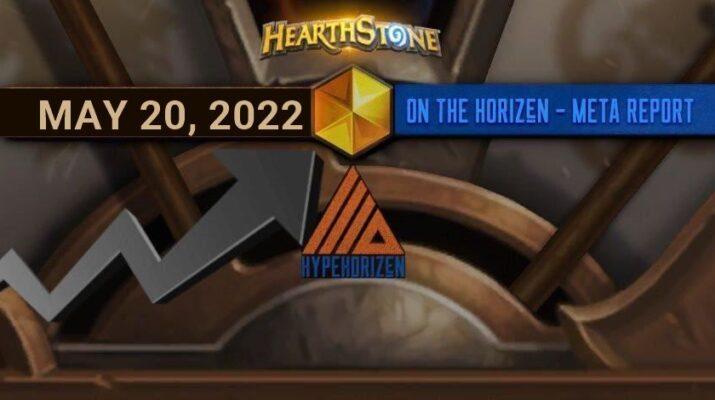 For this week’s report, we’re going to focus on the new balance changes introduced in the recent patch 23.2.2.

Drek’Thar had been dominating the meta in aggro Demon Hunter and Quest Hunter. This nerf has rendered the card basically unplayable due to the payoff of warping your deck around him not being worth it in the slightest anymore.

Multi-strike being increased by one mana does dramatically hurt the card in the beginning stages of the game. Later on it should perform around the same, but that one mana could make the difference between pushing for lethal, or being a hair off.

Dragonbane Shot getting nerfed is a huge deal for quest hunter. The flexibility this card offered to the deck was unmatched, and heavily encouraged not playing minions. This was also the reason why Quest Hunter would complete their questline so quickly most of the time.

Xhilag of the Abyss This was debatably the worst colossal minion in the game. Now that the stalks start at 2 damage each, this card has immediate impact, and will likely end games if left alive on board.

Harpoon Gun This is the most surprising card to get buffed since its power level was already quite high. Now Harpoon Gun is insanely strong, and viper won’t stop the damage that’ll already be done with one swing.

These other buffs to Hunter beast decks are subtle, but very impactful. Slight changes to stats don’t seem like a lot on paper, but in-game the breakpoints dramatically change power level. It is clear that Hearthstone is pushing some sort of beast Hunter, we just have to find out which one.

Blackwater and Whirlpool These specific buffs to Priest have a big impact on the Questline in specific. Before this colossal moved to 7 mana, Mutanus was the only main option for that slot. An extra 7-cost minion in the deck improves the consistency of questline completion by a lot. Whirlpool can then take the 8 slot the colossal was occupying, filling out the curve of the deck in such a great way.

Shadow Cloth Needle This buff seems to be the least impactful so far. Shadow Priest doesn’t seem to be powerful, and this wouldn’t be the cause of it changing considering this card hadn’t seen much play before. The effect is still lackluster and there aren’t a lot of Shadow spells in the game.

Serpent Wig This card buffing an additional health point immediately sparks interest in combination with Bless. There has been some testing going around with Naga Priest, resulting in mixed outcomes thus far. The deck seems powerful, but can take a little while to set up, and easily loses to control decks with any decent board clear.

When you see 4 cards in a specific deck get buffed at the same time, that is a recipe for success. Wildpaw Gnoll getting reverted to its original state makes sense in such a powerful meta. This, surrounded by all the other changes must be strong, and ladder has been flooded with Rogues since the patch, whether it’s good or not.

Smuggler used to be bugged in a way that already had this buffed effect. The card was quite strong in that state, but was surrounded by other tools before the rotation that made it more powerful. It may be too late for SI:7 Questline Rogue at this point.

These are big changes that took underpowered cards to almost an overpowered state to match with the rest of the meta. Abyssal curses can be powerful at times, but it takes a while to get to that point in a game. I don’t think anyone’s figured the best use of these cards yet, but you shouldn’t discount Warlock’s powerful and unique tool kit.

While these are big changes the Warlock’s murlocs, the deck still feels very weak. You essentially just throw every murloc into the deck and it’s complete at 30 cards. Running only murlocs with no spells that interact with the board, gives you very little ways to fight back on board or create any sustainability. I could see the murloc package being quite powerful with some more token support in Warlock, but as of now it feels like there’s not much that can be done to diversify the deck.

The patch has just released, so I’m sure there are many things to experiment with, old and new. There are still a lot of powerful decks that were running rampant before the changes, like Naga Mage and Control Warrior. It’s always interesting to see how the meta adapts to changes, especially with the Heroic Brawliseum coming 5/25.

This Week in Hearthstone

This Week in Hearthstone by ZombiesGoNomNom