Meta Overview
The meta remains stagnant, with many decks being powerful and viable. There are a few stand-out decks, but each one has its counters. It seems as if there is a more dramatic shift in decks being played depending on rank. One example of this is Garrote Rogue being a very popular choice in the top of legend because it is more difficult to play and very strong in the right hands.

Best Decks
After a series of nerfs, Quest Warlock still seems to be the most powerful control deck even without getting the quest off most of the time. Taunt Token Druid is the strongest aggressive deck currently, having the potential to win games as soon as turn 1 sometimes. On the contrary, Quest Rogue and Libram Paladin have made a resurgence recently, performing very well at the top ranks to counter decks like Token Druid.


Closing Thoughts
The meta consists of many different decks with solid win rates. The problems are that it seems very stale, and many games are decided by the match-up alone. There are often where players seem to face one deck repeatedly depending on the rank.

We will be getting a new mini set soon after the new game mode Mercenaries is released on October 12th. There is no confirmed date yet for the mini set, but it looks like it will be around 1-2 weeks after Mercs. This should provide a shakeup in the meta as we get closer to the last expansion of the year. My hope for more control decks being viable again rests on the rotation and core set early next year, but maybe I’ll be pleasantly surprised. 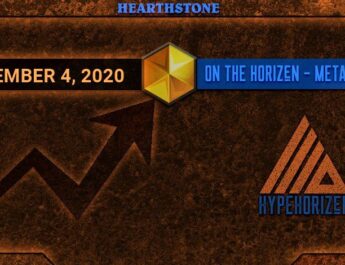