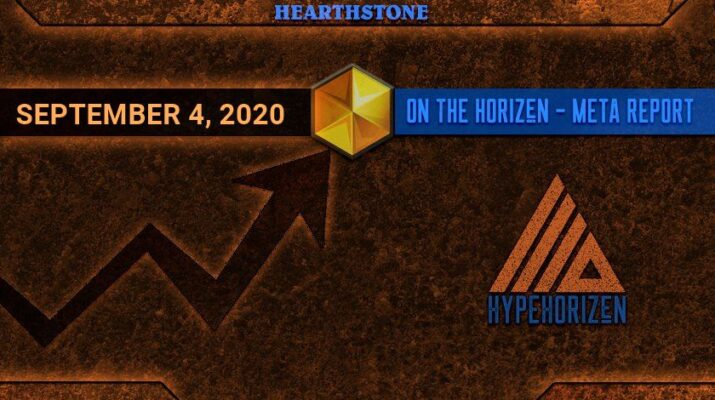 Balance changes are coming next week! Although the current meta sees most classes with at least one viable deck, and none feeling overpowering, some slight tweaks were made. Game Designer Alec Dawson shared some of the philosophies behind the tweaks on Twitter.

First up, Rogue’s Secret Passage will now add 4 cards instead of 5. According to Alec, this change was more for future proofing the card — but it should still be an auto-include in aggressive rogues, and should only have a minor effect on the meta.

Priest’s Cabal Acolyte was reduced from 6 health to 4, just to make it a little easier to deal with, and change its use to just ones that take advantage of the spellburst effect. It’s still very strong combined with Wave of Apathy, and its use shouldn’t be affected too much by this change.

Darkglare has had some significant changes. Mana cost was actually reduced by one, at the cost of one attack and one health. But most importantly, the effect changes to refresh a single mana instead of two when damage is dealt. While the darkglare decks were starting to see a little more popularity in standard, this change was more aimed at fixing a large problem in Wild, where a board full of giants could be played as early as turn 3.

These changes substantially slow the decks that use it, and may even make them non-competitive in both standard and wild.

Finally, Shaman’s Totem Goliath was improved by adding one attack and reducing it’s overload from two mana to one. This allows you to follow it up with another of Shaman’s famous 5-mana cards, and will give a nice boost to the budget Totem Shaman deck that Warshack highlighted in a recent article. It might not be enough to bring Shaman up to the power level of other classes, but it should result in seeing a few more on ladder.

To make up for hitting Warlock so hard with the changes to Darkglare, a buff was given to the little-used Archwitch Willow, a legendary card with a battlecry that summons a demon from your hand and your deck. The cost was reduced by one from nine to eight, but at the cost of two attack and two health).

Apparently, this cost was used throughout most of development, and they wanted to encourage some new, heavier warlock archetypes. We shall see if it is effective!

What do you think? Were these changes necessary? Do you think they will improve your experiences with the game?

Next week we’ll report a new list of decks. The nerfs make for an exciting change in the meta. Stay tuned.