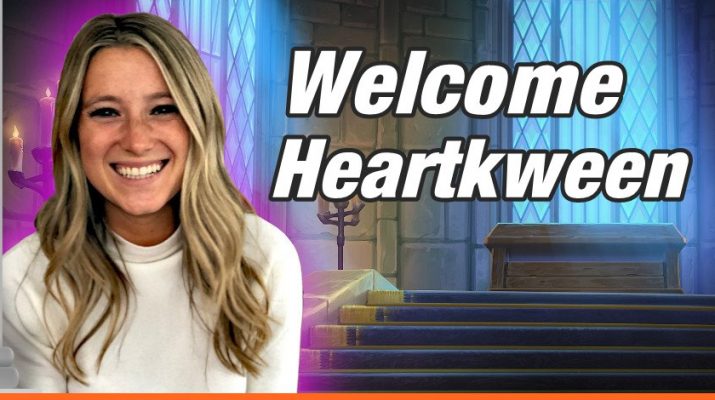 Heartkween became the second member of Hype Rizing to be promoted to Hype Horizen, joining TayzeTV.  Her energetic streams have been catching a lot of attention — although she only started streaming in February, she’s already been on the Blizzard Launcher and been invited to early access to Mercenaries.

Her catchphrase is “GG Boom” when defeating her opponents – and that explosion is indicative of the explosive growth she’s seen in the Hearthstone community. Part of this is her versatility, reaching Triple Legend and still pursuing the other game modes.

VengaDragon, HypeHorizen Founder, stated when asked about Heartkween joining the Hype Horizen team, “Working with Heartkween on her video for the ‘Best Epic Cards” was super cool. Even though it was her first time presenting in that manner, she was a complete natural. For about a week I got to hang out with her on a personal level during her lunch break and prepare for the video. Heartkween is a positive force and a pleasure to be around, exactly the type of person we want representing our team and the Hearthstone Community.”

From Team Manager “Ska” Johnny – “When we first spoke, she had so many questions. I wasn’t sure that she was going to join. However, I knew she would be a great fit. And here we are, welcoming her into the main team. I’m happy for all she has accomplished, and wish her continued success.”

Streams are worth more than 1,000 words. Watching Heartkween stream is the best way to get to know her. She is engaging and fun to be around. You can check out her Twitch channel here, and her YouTube here.

If you would like to get a bit more personal, we interviewed her here.