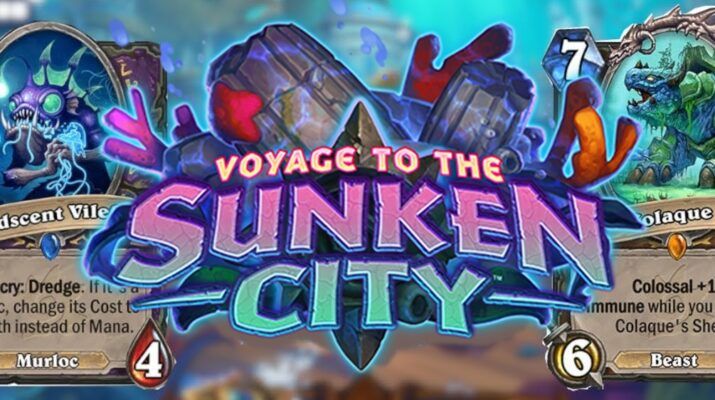 The Hearthstone new Expansion, Voyage to the Sunken City, is FINALLY revealed. There is a new MINION TRIBE, Naga, and 2 new keywords.

Dredge: Dredge is like “Discover” for the bottom 3 cards of your deck. Then when you pick a card it gets put on TOP of your deck but does not go to your hand.

Colossal: This keyword means when a minion is summoned it is summoned WITH appendages (or tokens) that synergize with the original minion. It can summon 1 to 4 token pieces and each one is its own minion with stats and added abilities.

There seems to be more deck and hand interaction than in previous expansions because of Dredge and some new battlecries. Also, because of Colossal, there also seems to be a push to a more board based meta as opposed to from hand aggro, burn, and combo.

Calling all adventurers! We’re preparing for an underwater expedition down to the ancient city of Zin-Azshari. Join our crew as they document what beautiful sights and Colossal creatures await them on the ocean floor. While you’re down there, Dredge the depths of your deck for powerful Sunken treasures. If you think you have what it takes, join us on this Voyage to the Sunken City!