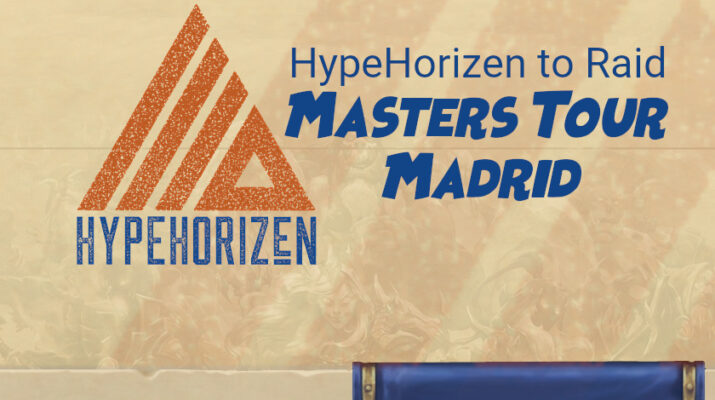 HypeHorizen’s GamerRvg and McBanterFace are set to compete in Hearthstone Masters Tour Online: Madrid today at 9:00 AM EST. You can watch them compete here.

“I’ve been trying to work on strategies that would not really do well on ladder, more of decks you wouldn’t expect to do well on ladder, more like targeting specific decks. That made prep a lot harder, just trying to do that. Prepping on ladder isn’t that useful with those strategies. It was more of just figuring out, with the little information you have, the meta. Trying to figure out what you’re expecting people to do based off what people are saying, based off GM, and based of the feel.”

GamerRvg said he was looking at lineups that either hard targeted certain decks or soft targeted certain archetypes. However, that all “went to shit” after many of those strategies gained more notoriety due to Europe Grandmasters Playoffs.

He said just reverting to playing strong decks seems optimal as even counter lineups don’t win out that often.

“When I play against decks that are hypothetically supposed to beat me, it feels like I’m beating them at least half the time. It feels useless when you’re bringing worse decks to try to soft target these decks when you could just try to bring the good decks and just do well.”

Since GamerRvg is switching up his lineup last minute on top of a nerf that hit Thursday, a lot of his practice was rendered somewhat ineffective. Luckily, he’s got a team by his side.

“There’s definitely been a lot of different prep involved. VOD reviews, watching Grandmasters play the decks I’m planning to bring, playing against GamerRvg and also doing co-ops on ladder. We spent a lot of time discussing lineups and also just jamming games with the decks that we’re both planning to bring. That kind of extra experience and having that second opinion during those games, to be able to discuss certain plays, is definitely really helpful. Two heads is better than one, so I’m thinking that it’ll hopefully give me a leg up on the competition.”

“I think the experience is definitely helpful. Just the extra nerves that come with higher-stakes games than I’m used to playing, I think I’ll be a little more prepared for that this time. I got a lot of practice beforehand on this one. I’m feeling all right about the decks that I’m gonna bring, so I’m definitely optimistic.”

McBanterFace is however not so enthusiastic about the random generation he expects from lineups. But he did say some of that may be mitigated with the Evocation and Solarian Prime nerfs.

“In terms of what I’m not looking forward to facing, any sort of crazy random effects, specifically Solarian Prime and Puzzle Box. They’re stressful enough when you play against them on ladder. When you play against them in a high-stakes tournament, it’s even worse just to watch all the cards go off. Hopefully I can dodge as many of those as possible; that’s the goal.”

“I terms of the nerfs, it’s really hard to say because it is such a short time period in between the nerf and the actual tournament, which is a little bit nerve wracking because it is a huge factor. Mage is a deck that pretty much everybody would’ve brought and now it’s kind of a question mark of if it’ll be good enough and you might just have to take a risk with it. Or you take a risk by not bringing it and it turns out to still be very good. We kind of discussed the nerf beforehand and my general line of thought was that [redacted], so that’s kind of the mindset that I’m approaching with now.”

Be sure to tune into the Masters Tour stream at 9:00 AM EST to see what strategies GamerRvg and McBanterFace end up bringing out.