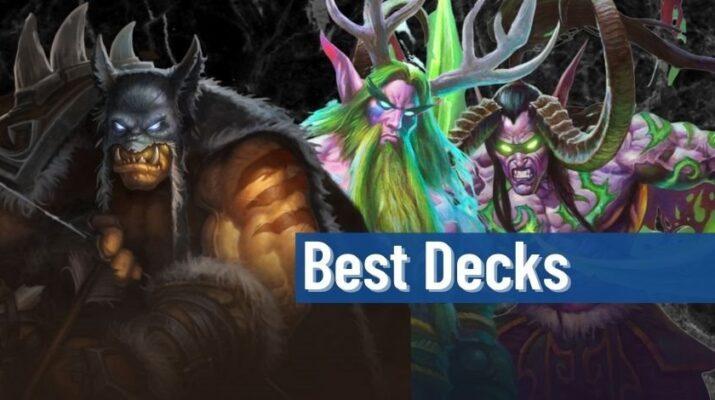 It has happened! The newest Hearthstone expansion – March of the Lich King – went live.

And all the in theory crafted decks are gone – or changed into real ones.

After you have completed the Death Knight Prologue, you are able to play this new class.

And we already had a look at three Death Knight decks (see here), so we will now dive a bit deeper into other classes’ decks made by some awesome Hearthstone players from our team.

Of course, there are not enough games played yet to be able to say which deck, which class, which combo, whatever, is the strongest at the moment or what the meta looks like right now.

In about a week we will know much more.

Until then, a lot of players are trying to build a lot of decks.

Either to search for the best deck for the probably much-played brandnew class or to find alternatives that are equal to it.

One of those alternatives could be the new Demon Hunter deck with no Minions made by DracoCatt:

Including the new legendary Weapon Souleater’s Scythe, in perfect combination with Mark of Scorn and Fel’dorei Warband. 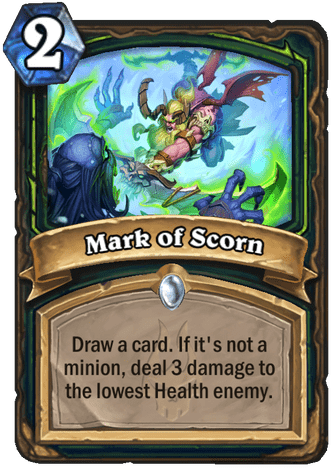 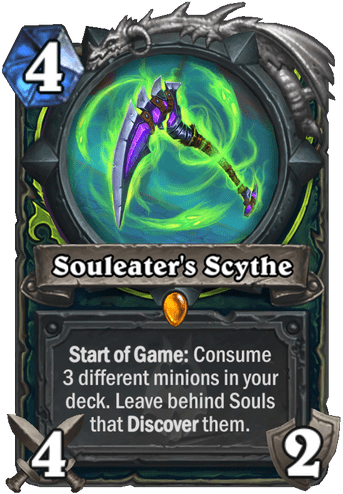 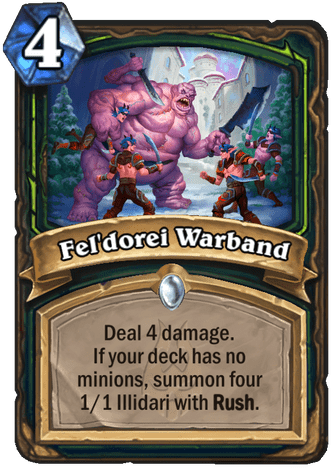 With Souleater’s Scythe, your only three minions in the deck will be consumed, you have three additional spell cards in your deck now to discover one of them and no minions anymore. Which activates the features of some of your other cards like Fel’dorei Warband.

The new card which the deck has been named after can deal much damage in combination with Brann Bronzebeard. Selective Breeder will copy the only beast in the deck, you have enough weapons to attack with and let the damage of this card rise.

Added by the possibility to increase the Spell Damage of your Arcane Spell cards with the legendary Halduron Brightwing, Silvermoon Farstrider or Arcane Quiver to upgrade Eversong Portal or Ricochet Shot makes this deck definitely powerful.

Last but not least a new version of the known Aggro Druid. In an Undead Version from FunkiMonki.

A good and cheap deck (it costs only 4560 dust) with a lot of the new Undead minions including some sticky Deathrattles like Lingering Zombie.

Additionally, Nerubian Flyer can generate more Undeads and Elder Nadox, the new legendary Druid card, can buff your minions on board up.

Of course the “usual” aggro cards (Power of the Wild, Pride’s Fury,Sow the Soil,…) have also found their way (back) into this deck.

We can imagine that there could already exist many variants of the above decks which could be stronger (or weaker!).

Maybe you will find your own version you like much better than any other and have more fun with.

We hope, as always, that you are enjoying the new expansion with its huge number of possibilities to create decks and play them!

Have fun and: STAY HYPE!

Hearthstone March Of The Lich King 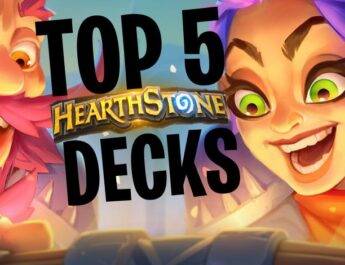