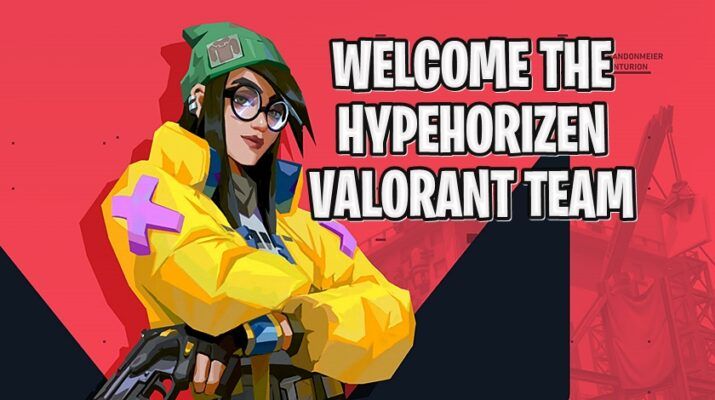 Hype Horizen is proud to bring to you a new part of the team. We present to you our Valorant Team! Previously with ATK mode, they are already competing in Valorant Championship Series and other competitions, but have BIG plans to break into the official RIOT competitions. In this article, we’re going to introduce the team, give you a taste of their gameplay and provide you with the first monthly report that they will be providing for our website.

They’ll also be posting clips and pics to our social media from time to time, so if you’re interested in Valorant, we got you covered! This team has competed together for a while, however the next outing will be their first under the Hype Horizen banner. And we’d like YOUR input! What tag should they use to represent Hype Horizen?

Go vote on our TWITTER POLL and let us know which tag you think represents our team the best!

yongled is 16 from Washington. He’s the in-game leader and control player for the team because he loves to set the pace. His passion for analyzing the game drives his goals in Valorant. Which include being a great IGL but he wants to ensure he has a personal touch to his gameplay.

Ryan is 20 years old from California. He typically plays Killjoy or Viper, for the Support/Controller role. His gameplay is geared towards locking down sites (as Killjoy) and shows great acumen splitting up other areas (with Viper). Ryan is a team player and hopes to help the team become a top Valorant contender.

Snowing is 16 from New York. As the Initiator, he flashes the enemies and provide picks for the team. He is a team player and relies on his snappy aim to grab some headshots in key moments. He wants to make it big playing Valorant and compete at the highest levels of play.

Advance is 19 from Arizona. He plays the Entry role because he’s aggressive and loves picking fights with the enemy. His role is important to the team and he plays it well. Advance wants to be the best player in the world, and strives to improve his game whenever he can.

Kumi is 16 from Texas. He usually plays Sova/Jett as a flex role for the team. While he is good at getting information for the team using Sova, he also has an aggressive side that comes out on Jett. Along with advancing with the team, Kumi strives to be the number one player in North America.

Check out this clip from snowing that shows some of their gameplay!

Hey everyone, yongled here with the Monthly Report! Last Sunday they competed in VSS (Valorant Sunday Showdown), which went really well! We made it out of round robin groups, albeit with a fight! The first match we took handily against Clicken’ Chickens (13-6). While we had a much harder time against the Ugly Hamsters and fell to them. In the end, we pulled off a win against the final rival in the group – Wave, winning 13-8. The 2-1 record in the round robin put us into the playoffs!

In the first round of the playoffs, we defeated Second City Esports 13-5. However in the 2nd round we faced semi-finalists One Shot Esports. Despite our best efforts, we came up short losing 9-13 – in a very close match. Making it to round 2 of 5 in the playoffs is something we’re proud of, however we aim to get better!

Snowing and Kumi made outstanding performances, and with some nice shotcalling by rookie in-game leader yongled, the team is looking better and better every week. Next week, with a lot of practice – we will be back stronger, and be more disciplined in our team play!

Since this is the first report, it’s short and sweet, but expect some more inside information on the team next time!