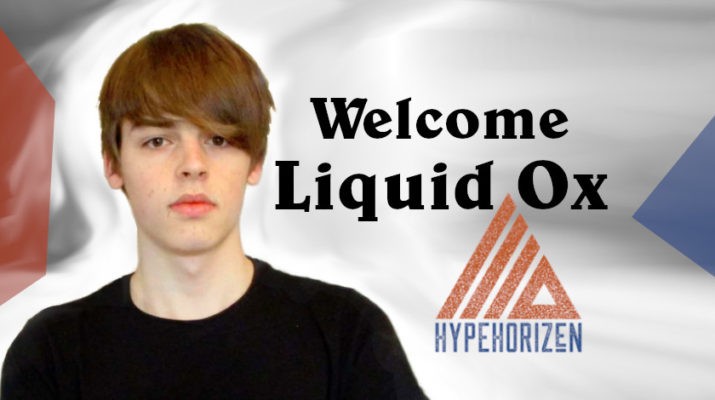 HypeHorizen is proud to announce player and streamer, LiquidOx, to the Competitive Team. LiquidOx will be representing HypeHorizen during the weekend of Friday, June 12 to Sunday, June 14, in Jönköping, Sweden at the Hearthstone Masters Tour.

The Hearthstone Masters Tour Jönköping features the best Hearthstone players from around the world to compete for a share of $250,000. The action will be featured on YouTube.com/PlayHearthstone

My name is Ox I’m a 17 year old competitive Hearthstone player who has been playing Hearthstone since release.

Tell us about your thoughts on being a competitive player on HypeHorizen.

I’m super excited to represent HypeHorizen I think it’s a great opportunity to grow as a player alongside my friends and I can’t wait to see what the future holds.

Why do you stream on Twitch?

I stream on Twitch daily, it’s a great place to meet cool people and has a great Hearthstone Community.

I’ve always played games, I got into Hearthstone as an 11 year old when I first saw it advertised on release and have played it ever since, hitting legend for the first time at the age of 12.

In esports I’ve always looked up to Hearthstone players Hunterace and Amnesiac, due to their achievements at such a young age. Hunterace winning the world championships as a teenager was a major accomplishment. Watching players like these succeed makes me realise that if you have the skill it doesn’t matter how old you are.

The best part about streaming is getting to do what I love, playing games. I also get to interact and be sociable with all of the Hearthstone and Twitch community.

I don’t really have a favourite quote I just play card games words are too confusing.

Being a streamer really pushes me to be the best player I can be. I know that if I make a mistake people are watching. That competitive pressure motivates me to improve my play every day.

Got bored and decided to learn the start of the HS theme. Not played in ages so don’t judge but at least I tried. Full version soon? 👀 pic.twitter.com/iVahQi8pA8