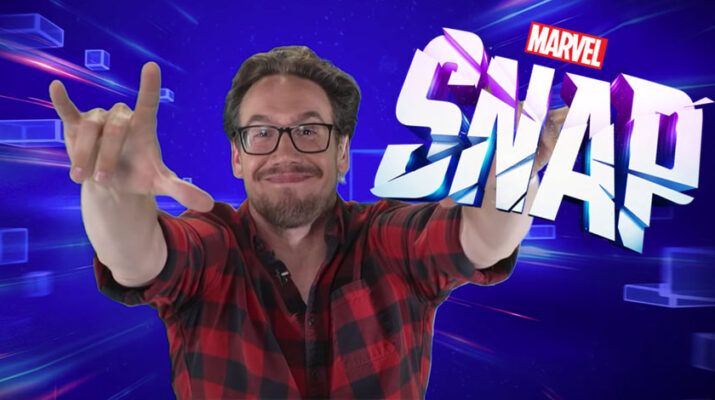 Four years ago, the Hearthstone game director Ben Brode left Blizzard to form his own studio, Second Dinner. Their first project, Marvel Snap, is currently in open beta. Do we have a Hearthstone killer on our hands here? Let’s find out.

Mechanically, Marvel Snap is actually quite different from Hearthstone. It bears a striking resemblance to Clash Royale (in that it’s lane-based) and competitive Pokemon (in that turns happen simultaneously and it plays like a combination of chess and poker.) Lets take a look at the individual elements.

The deck building in Marvel Snap is a little different. You choose only 12 heroes, with no duplicates. Instead of having attack, defense, and cost, cards only have cost and power. The cost only matters when the card is in your hand, so all cards in play only show the power number. Cards can be targeted based on their power number and they can have their power number reduced, upgraded, or modified. Cards also have abilities. For example, Iron Man doubles the power of all nearby allies; Mr Fantastic adds +2 power to adjacent locations; Juggernaut pushes any opposing cards placed at the same location on the same turn.

The objective of Marvel Snap is to win 2 out of the 3 locations within 6 turns. Players win locations by amassing the most power in those locations. The locations in Marvel Snap all have unique effects, just like hero cards. For example the Asgard location has the effect “at the end of turn 4, whoever is winning here draws 2 cards” and the Daily Bugle has the effect “get a copy of a card in your opponent’s hand.” One location is revealed on the first turn, and the other two locations are revealed on the 2nd and 3rd turn. The locations that can appear are chosen at random by the developer, and are not a part of either player’s deck. Newly added locations will be “featured” and appear more often in battles, and a random “hot” location will appear more often on Sundays.

While there is quite a bit of strategic depth in Marvel Snap, all deck building PVP card games suffer from an element of determinism. Marvel Snap mitigates this by adding the ability to snap or retreat – similar to upping the ante and folding in poker. Your ranking is determined by cubes, which can be won or lost in a PVP game. Either player can snap at any time to double the cube ante. On the final turn, another snap happens automatically. This means you can double the cube ante up to three times, meaning the winner can gets 1, 2, 4, or 8 cubes from a single victory. If you feel like you are going to lose, it’s best to retreat.

Progression – All cosmetic… or is it?

Marvel Snap cards all have variants that use different art, but effectively have the same power. Cards also feature shimmering 3D animations and dazzling graphical effects when dragged around the screen. When you upgrade cards, you collect new cosmetic variants, such as a pixel art style, or a comic book or movie style. However, collecting more cosmetics overall will also raise your collection level. When your collection level is higher, you gain access to a wider array of new cards. This means you can use cosmetics to flex your collection level, and play mind games with your opponent. A player with pristine variants (and an implied higher collection level) is more likely to intimidate the opponent into retreating. So while cosmetics do not directly affect the mechanics of battle, they can impact the bluffing aspect of the game.

There is a lot to love about Marvel Snap. The game has great streaming potential, with a PC version launching simultaneously with the mobile release. But is Marvel Snap likely to steal market share from Hearthstone? The two games feature pretty dramatically different style of gameplay and will likely appeal to very different audiences. The two games can probably peacefully co-exist together. Instead, Marvel Snap feels more like Ben Brode is attempting to push the collectable card game genre forward in a new direction, just like he did with Hearthstone when it originally launched in 2014.