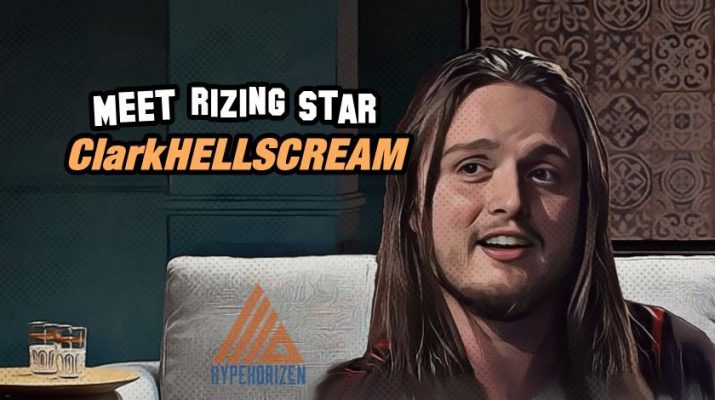 Over the Summer of 2021, ClarkHELLSCREAM, joined Team HypeRizing and started his adventure. Hype Rizing is the premier streamer program for players of all game genres designed to help streamers and content creators grow. Before Hype Rizing existed there was a force in the community yearning to scream louder.

If you haven’t heard the roars then we’re proud to announce ClarkHELLSCREAM.

If you wish to learn more about how the Hype Rizing program works or would like to join our team, you can do so by checking out this page: HYPE RIZING

In the meantime we’d like to share the news that Clark has been promoted to Hype Rizing Hero and is on his way to becoming the next Hype Horizen Team Member. Without further ado we’re hyped to catch up with him and ask a some questions.

How did you first learn of Hype Rizing/Hype Horizen?

One day I was in Dmoney’s stream, and that began the slippery slope to meeting most of the HypeHorizen team via Twitch. I started chilling in DracoCatt’s stream, and it was nice to meet another gigging musician that plays Hearthstone. At the time, I was part of another streaming community, but once I was a free agent again, it didn’t take long for the HypeHorizen team to reach out to me, and I immediately said yes.

I stream exclusively on Twitch, but I make content for Youtube as well. I believe Twitch is the best home for Hearthstone, and the community of Twitch Hearthstone streamers is one of the most tightly knit communities on the platform. I am extremely fortunate that I have been noticed by my favorite content creators, and I hope to do the same for other upcoming creators/streamers!

From Mario games, Kingdom Hearts, Final Fantasy, to card games, gaming has been an active part of my life for as long as I can remember. I vividly remember waking up early when I was 5 years old to sneak in the living room and play Mario 64 with minimal sound. My first card game was Yu-Gi-Oh, and I still have a decent sized collection.

I usually look up to competitive players within the Hearthstone scene, but there are so many people I get inspired by in the Hearthstone community, so I will list a few. Orange has been a huge idol of mine since I met him at my first Dreamhack. His competitive spirit and results always push me to do my best as well. Darroch Brown has been my casting idol due to his personal style of commentary. (Don’t remind him about the tattoo KEKW). LukerHS made me consider streaming and competitive Hearthstone more seriously during a time I was just dipping my feet into the scene. I may not have started streaming if it wasn’t for him motiviating me. And lastly, I have to give credit to Trolden for exposing me to wacky Hearthstone combos and OTKs. His videos are what inspired me to pick up ladder mode and try to style on people with my own unique deck strategies.

The sense of accomplishment of making a goal with your community and achieving it. A basic example of what I mean is popping off a hilarious, insane, or downright impressive OTK. When someone comes into my chat, tells me an idea I’ve never heard of before, then we hit the highlight live, it is one of the best feelings I can describe while streaming. My favorite part about making highlights is sharing with other Hearthstone enthusiasts something they may not have seen before. I plan to continue showing people a side of Hearthstone they may not have seen before.

Do you have a favorite mantra or quote that you live by?

FOR THE HORDE. EZ

How does being a stream inspire you to do good?

While I’m streaming, I try to be as positive as I can be. I don’t like the idea of banning people or creating drama. The whole point of my streams is to come by, relax, have fun, make a joke or two, and laugh the day away. As long as people are having fun, I believe I am doing the right thing. Streaming consistently also motivates me to take better care of my body since I have to balance sitting in a chair for multiple hours.

Making other forms of content for Twitter, Reddit, and Youtube. I pretty much spend every waking minute trying to create content or practicing for an upcoming live performance with my band, the Indigos. Whenever I am not at my computer, I like to relax by playing Spiderman, playing fetch with my dog, or chilling with my bandmates.

Who inspires you? Have you met them?

Out of the idols I listed earlier, I only met Luker and Orange in person. Outside the gaming world, two of my biggest music idols are Danny Carey and Maynard James Keenan, the drummer and vocalist of Tool, both of whom I have not met.

What game(s) are you streaming? What do you enjoy about them?

I only stream Hearthstone. I like to stream games I understand inside and out, and I feel like I could talk about Hearthstone possibilities all day. That’s one thing I really enjoy about the game. There are so many angles to observe, and no other game as been able to recreate the magic that Hearthstone has.

Not gonna lie, this is hard for me to decide since I don’t have “a nemesis” within the Hearthstone community. However, I may have asssumed that role during Dreamhack Austin. In the previous tournament, a competitive monster by the named of Ike, who had won the previous Dreamhack tournament UNDEFEATED, which was a feat no one had done before. During the Austin tournament, I had to play against Ike during the 3rd round I believe, where we were both undefeated. And by my jaws that bite, my claws that catch, I was barely able to scoop the win, ending his undefeated streak. He still placed top 16, but I got to brag about how I was his only loss in the Swiss rounds.

Do you have a Sidekick? If so, whom?

There are two people I would like to mention. UltiKon and Lilyidan. UltiKon has been a long time viewer of my stream. However, he has gone further beyond anyone in my chat when it comes to deck suggestions, combo ideas, and hilarious interactions. He is directly responsible for a lot of my videos. My channel wouldn’t be what it is today without his amazing creations.

Lilyidan is an upcoming streamer I have met through Hype Horizen. We have meetings on Discord occasionally where we talk shop about her twitch streams and ways to improve. I am not used to being a mentor, but it helps remind me how I got my start streaming: Asking my community for help. If have a question, odds are someone you know as a few answers.

My goal is simply to have fun and inspire people to look at their favorite games from different perspectives. One of the reasons I love playing wacky combo decks is because it allows me to play with cards that most people deem as “useless,” but then when you showcase a hilarious way to use the card, people start to look at the possibilities it can provide, not just if it’s competitively viable. I love to remind people that Hearthstone is a game at the end of the day, and there are more ways to have fun with the game than winning all the time.

McBanterface Is Going to Worlds! 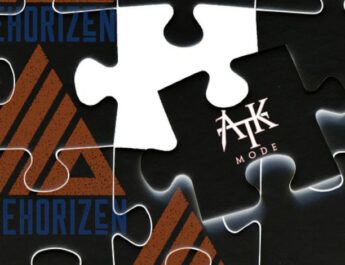 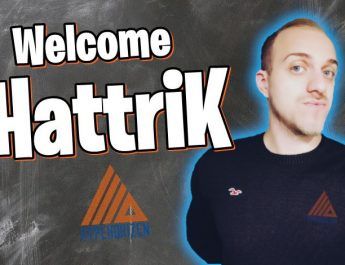