Hello TFT players! There’ve been a few minor touches to the meta, but overall, the game remains the same other than some adjusted winrates. This week, I want to do something a bit different and tell you how I’m personally climbing to demonstrate one of many methods to gain LP.

This set, TFT is incredibly balanced and as such, the strongest board will generally be random four costs and legendaries. This means you should always be looking for how to pivot your board and I have the perfect example.

Zed is a comp I feel is very misunderstood. How it’s been run is with three Slayers, all four Spirits and Zilean. The objective of the comp is to get as many of those champs to level three as possible. However, for reasons still not adequately explained to me, people force exactly Zed, Pyke and Samira even if they barely hit any of those champs.

The Zed comp demonstrates perfectly that you should always be looking to pivot. Unless the game is throwing the same champions at you to three star or you’re bleeding way too fast, the name of the game is generally going nine and playing the strongest champions TFT can offer.

I’d like to first quote a previous tip I gave on Dec. 29 “Frontline; Backline.”

“Pretty much every composition has two key elements: a frontline, comprised of tanks, CC units with low mana thresholds like Cassiopeia, and sometimes melee carries like Yone and Warwick, and a backline, generally made up of support and DPS champions.

Your objective in TFT isn’t to build one composition, but two. When you hear “strongest board,” think of playing the strongest frontline and strongest backline independent of each other. You can worry about synergies later.”

With that said, I strongly feel that frontline units, as well as tank items, are strongest early game over everything else.

Also, if you get an insane frontline, you can just find like a Chosen Kayle for example and go nine. Or, there are some comps that can just play exclusively strong, tanky frontliners, like Brawlers.

So, my recommendation this patch is starting Chain Vest, as I usually recommend, and playing the strongest early-game Chain item. Then streak, get eight, roll a bit, get nine, throw in some random legendaries and get top two every game. Questions?

This is a really simple one lads: CC on opposite corners and DPS on the same side.

There’s exceptions to this, like put A’Sol, a damage champion, on the opposite side of your opponent because of how his ultimate works, and Sejuani, a CC champion, should go as close to the enemy carry as possible because her stun is a circle and not a line.

However, if you’re ever confused, you should generally think CC opposite, damage same side, and use that both to position for and against your opponents. 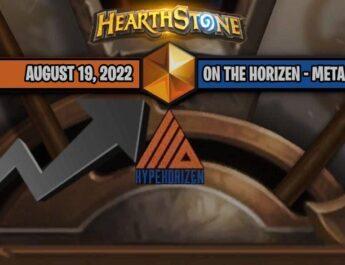