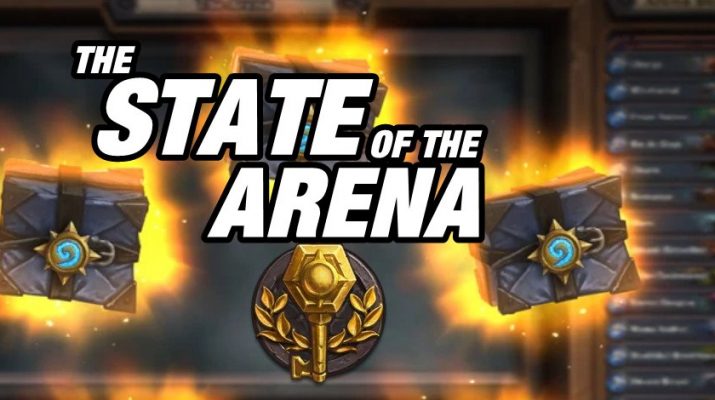 General Intro
Currently, Blizzard has Arena in an “interesting” state. They’ve removed Outlands and Scholomance, which have been in rotation for a whole year. Mostly due to Demon Hunter’s limited card pool. Demon Hunter has since lost A LOT of powerful cards. We have 3 older sets that rotated in, along with Stormwind to make up for the two removed sets. Blizzard had to make micro-adjustments to fix some of the disparity in class winrate. Druid was at #1 and now sits at the bottom with a 38% winrate, giving you an idea of how they “micro-adjust”.

Specific Oddities
We currently have a meta where Moarg Forgefiend is considered one of the best non-legendary 8 drops, behind Primordial Protector. Arena’s late game has taken a big hit, since there are many times you will not get offered a card that costs more than 6 mana. However, those late game cards can still completely invalidate all gameplay when you do get them. Cards like Ysera, Battlemaster, Ramming Mount, Expendable Performers, can all swing a game at the right time. Battlemaster is seen as a real problem in the Arena community, even after the nerf. It is a card that can’t be played around, and should be banned from Arena.

Epic Card Drops are Epic
The offer rate of epic cards is through the roof right now, you could end up losing to Darkmoon Rabbit into Clowns a lot more than you would like. Another “questionable micro-adjustment,” is the mech pool being so small that if you play Deeprun Engineer, you are quite likely to get a Claw Machine out of it. A fantastic, very playable card. As much as I love the new meta, the disparity in quality between old and new cards is laughable. Drafting has become very much a highroll/lowroll situation. It makes you feel like you’ve missed out when you don’t get those key cards or mostly cards from older sets. In Arena, less skilled players are always able to win with better quality drafts. It’s especially true in the current meta. You have to make the best of what you have in every situation. Micro-decisions have become more important than ever. Making the slightest mistake can easily cost you the game. Don’t let that scare you, though!

Tempo Meta
I’ve been enjoying this meta far more than the previous ones, despite it being a tempo meta.Tempo means you want to have options for spending your mana on every turn; missing one could make the difference in a game. Going first becomes more of a benefit in big part due to cards like Peasant and Meeting Stone. There are very few reactive cards in this meta, compared to previous seasons. It’s become a huge issue for me. On the other hand under-powered cards from older sets allow for slower, more interesting game play. Including situations with high interaction with the opponent. It’s a huge nostalgia trip whenever an old set rotates in, but with it comes the realization that power creep is present in more recent sets. A great example is Amani Warbear. Which is a highly playable card right now. Tradeable has been a nice mechanic for Arena. Countering the imbalanced nature of Corrupt cards in Arena.

Conclusion
To sum it up – Arena has slowed down overall, but the disparity in card quality between the new and old sets can make for some really disappointing game play, which is frustrating. At the same time, Arena has slowed down and relies more on tempo. For that reason, it’s the only mode that feels like Hearthstone right now. If you want a further analysis, get even more detail in the video below! 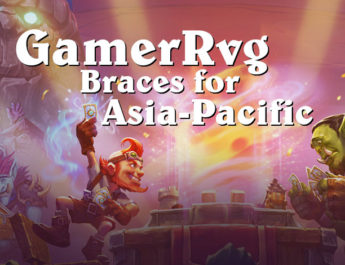 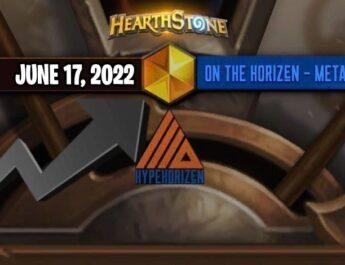 2 thoughts on “The State of Arena”