Learn some tips from a top preforming Hearthstone Arena Player. If you want to become a better Arena player, the following ten tips will have an impact on your game.

9. Take advantage of Data and learn to interpret it.
Looking at Data is something not enough players do, and they can still do well in Arena. But, anyone with an ability to decipher winrates and take them into account has an upper hand in my book. The Data might even surprise you, and change your preconception of a card. One card might have a higher winrate than another, but it has seen less play. One card might have a lower “deck winrate” but a higher “played winrate”. People might misplay a lot with more complicated cards and bring the winrate down. Taking all these factors into account while drafting can be very helpful.

The draft helper I use makes analyzing data and tier scores at the same time very easy. Links are in the description of the video.

7. What are your win-cons?
Towards the middle to the end of the drafting process, you want to have an idea of how you are going to WIN. Some decks can win simply by maintaining board control then dropping one or 2 cards like Ysera or 10 drop into Clowns. Some decks destroy their opponents by turn 5 or get blown out of the water. Some decks might win by completely running their opponent out of resources while maintaining their own. What it comes to is : Do you have combos that win you the game? A card or 2 that win you the game? Tempo that just completely rolls your opponent? Do you win by attrition? These are the common win conditions that you want to look for.

6. Risk management
I will give an example or 2 for this. Let’s say you’re playing a weapon class and your first pick is a Circus Amalgam vs a Selfless Sidekick. The amalgam is decent on its own, but if you get a weapon, Selfless Sidekick might be close the best 7 drop in the game. Obviously, if you don’t get a weapon, you just drafted a 7 mana 6/6. Regardless, in situations like these I tend to go for higher risk/reward, because you want to make plays that can flip a game on its head. You might not get offered any weapons, but a “vanilla” cards won’t thin your deck, win you the game, or do anything close to what a card like Sidekick can do. On the other hand, if you were later in the draft and had no weapons, I would advise against picking something like Sidekick. The same goes for a lot corruptible cards like Fleethoof Pearltusk, to some extent.

5. When to value synergies over “better” cards
You have to be aware of what’s in your deck with every pick. One card might be better than another in a vacuum, but as the draft goes on you need to start thinking about what card is better for YOUR DECK. For instance, Jewel of N’zoth is not picked a lot, nor does it have a high winrate, but in the right deck full of good deathrattles, I would pick it over a card with a good upside, because a good Jewel is INSANE. I once had 4 rat kings and a moarg forgefiend on board, thanks to Jewel. I have a video of it and the link is in the description of this video.

4. Utility
What is utility? They are the cards that allow you to interact with the board from your hand, like spells, weapons, rush minions, battlecries, and so forth. You want a certain amount of utility in order to maintain board control. You really need those cards that are going to help keep your board safe in order to keep pushing your advantage, regardless of what kind of deck you’re playing. Let’s say you fall behind and you have no minions on board; you’re going to be wishing you had some utility in hand just for that scenario in some cases. Even if you just want to preserve what you already have on board, you can use said utilities to maintain your board and continue the onslaught of pressure.

3. Mana Curve
Curve is one of the most important things to remember when drafting. For the first 10-15 picks it is not as important. Keeping in mind that curves can differ from deck to deck, in general you want to have a set idea of how you want your curve to be. There is no hard and fast rule, but generally you want at least five 2 drops, five 3 drops, four 4 drops, and a few 5 and 6 drops at least. It can change from deck to deck, but these are my general rules. If you are going with more of an aggressive strategy, chances are you want 2-4 minions you can play on turn 1 as well. On the other hand, late game minions are never to be underestimated. They can be extremely rare depending on the meta, so picking a few up might be a good idea, especially if you are playing a class that lacks draw. You will need those big cards to keep you from running out of resources in the late game. They can make or break a game, but ultimately you want to make sure you are doing well in the early-midgame.

2. Value
Each card you draft should meet a minimum level of quality or synergy, if you can manage it. A good rule of thumb is that the bare minimum value that can be excepted from a card based on stat line would is getting two times the mana cost plus one extra stat (like River Crocolisk for instance), but with the power creep of newer sets, the bar has raised. You will want cards that generate value in some form, while helping to maintain board control. The poster child example is Venomous Scorpid, as it allows you to discover a spell and it is poisonou. So, you get a great body on the board and a card in hand for 3 mana. Cards that can maintain tempo while generating value are THE BEST. You need to be generating/drawing some amount of cards to get far in arena, especially if you don’t have heavy late game.

1. Tempo
Maintaining tempo is by far the most important thing in Arena. It is the undisputed ruler of the game mode. Unlike in other modes, Arena is almost always a fight for board. You want to be making impactful plays as often as you can. If you don’t hit the ground running and maintain board control, you better hope you have some comeback utility to save you. Even if you are drafting a control deck, YOU HAVE TO MAKE IT TO THE LATE GAME FOR ANY OF YOUR HIGH VALUE CARDS TO MATTER. Make sure you have the tools you need to maintain/retake board control.

Those are my top 10 tips for drafting in Arena. Check out the video below, where I go into more detail.

Thanks for stopping by!
-Tayze 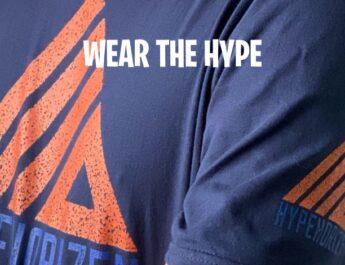 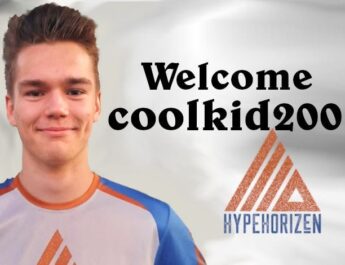