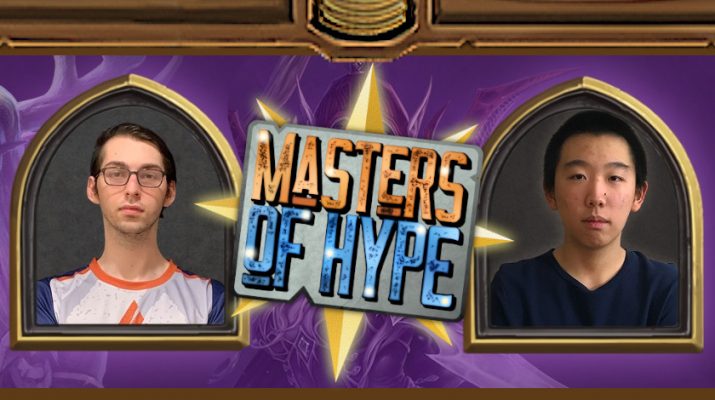 The Grandmasters started yesterday with the qualifier rounds. Dreadeye and McBanterface both went 1-1, so they will be playing tomorrow. The format this week is Conquest

GM Schedule
McBanterface faces off against Lnguagehackr at approximately 1pm Pacific (4pm EDT) in the Group B Decider Match. DreadEye vs. Nalguidan will be the last match of the day (Group D Decider match), at approximately 3pm Pacific.

If either win, they get to play Saturday in the first match of the Top 8. The semi-finals and finals will conclude on Sunday, with the weekend being single elimination.

McBanterface
This is McBanterface’s first season as a GM. His popular stream has an almost scientific feel to it as he breaks down the game at an elite level. He’s frequently playing in the top 50 Standard Legend ladder, he’s also a fun guy as apparent by his “Boaty McBoatface” inspired handle. Hailing from California, he graduated with a BBA in Marketing. He worked hard the last season to get enough points to slide into GMs.

DreadEye
As Hype Horizen’s OG Grandmaster, DreadEye has seen it all. Here from China since age 12 on a Student Visa, he’s shown quite a knack for the game. He hadn’t spent a cent on it until he became a GM. DreadEye became a member of Hype Horizen after being a training partner for Dmoney and GamerRVG for many tournaments.

Get Your Masters of Hype Tee

Hype the Event
Make sure you cheer on your Hype Horizen GMs!

Official coverage of the event will be at the official YouTube channel HERE. DreadEye’s match will be featured here at the above time.

McBanterface has stated he will be streaming his match tomorrow against LanguageHacker on Twitch. You can check out his channel HERE.

And don’t forget, you can look as swag as these two in some Hype Horizen Merch. Click the SHOP link at the top of the page to see what we have to offer!