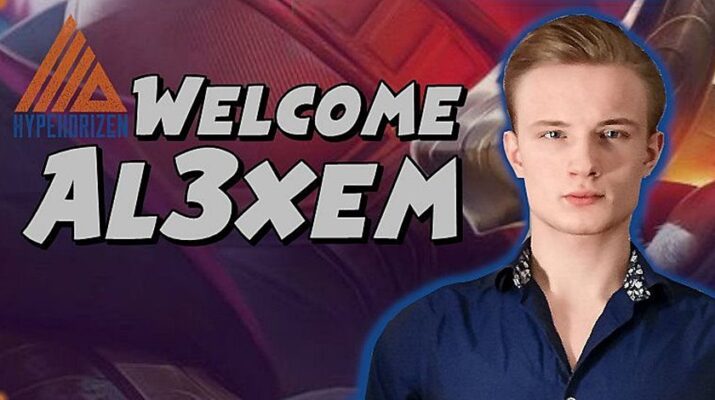 HypeHorizen is excited to announce a doubling of the TFT team with our newest member: Al3xem! He’s peaked at rank 7 EUW and finished top-50 EUW. He’s focused on sharpening his skills as much as possible and will likely compete in the Europe qualifiers for the TFT World Championship. As of writing, he’s sitting at 1,233 LP, which is top-10 Challenger, and you can watch him stream here.

My name is Al3xem and one of the first games I played was Worms. It was with me and my three brothers on one PC, you know, multiple people on one keyboard. I played Xbox and played Halo and other FPS games, but I never really got into strategy games until Hearthstone.

I played Hearthstone a while ago, like six or seven years ago. The highest I ever got was with Midrange Hunter. It’s the cheapest deck and strong, you know? I was one win away from Legend with 10 minutes left. I played my last game, lost that one and ranked reset. I dipped and played a bit of Battlegrounds after.

I played League a lot and saw in the Riot client they were working on TFT. It seemed interesting to me and hadn’t heard about it before. I never played Auto Chess or anything and TFT seemed like a fun phone game or something, just like to play in the subway or something.

In Set One and Set Two, I wasn’t competitive. I was Diamond II in Set One and found it easy to understand the basics and manage econ. I played more and more, became competitive in Set Three or Set 3.5, and entered a few tournaments in Set Four and 4.5. My highest rank last set was 17, and I finished rank 40ish. I’m trying for top 10 this set.

The only game I stream at the moment is TFT. I may get into other games in the future, but I’d like to grow my community to begin with.

TFT is similar to Hearthstone arena where you draft a few cards to your deck. However, in TFT you continuously draft a team from the very beginning, so not exactly the same. You pick the best option of what your given among five champions instead of three cards.

It’s fun to see as the player and as the viewer. It’s fun to see those League of Legends characters in a game, building a team from the very start, and see them fight.

I’m looking for an opportunity in the TFT and streaming community. I want to make this a career in some kind of way.

I’m a high-ranked player, so I’d like to give my advice to the team and any new players HypeHorizen recruits.

I’ve never been this good at a game before. I guess I have natural talent.

A big part of it for me is the climb; the higher rank I get, the more viewers I get. That makes it kinda fun.

I’ve also made a bunch of streamer friends and we compete to see who gets the highest [rank]. I like the TFT community in general.

I enjoyed watching a bunch of TFT streamers and thought ‘why not just try streaming? I’m playing TFT anyway.’

[Streaming] stuck with me. I liked the community: saying hi to them and them saying hi back, it’s like playing a game with your friends watching you. Having people talk back to you, it makes it like more enjoyable.

Building a community alongside you is awesome. You get to know people and other streamers.

I got to know a lot of streamers and I wanted to mention a friend, LastKardax. He starts streaming one hour before I end my stream, so we raid each other a lot and share communities.

He’s a good player, but this is the first set he’s taking seriously. He’s currently over 1,000 LP Challenger.

We go into each other’s streams and meme each other, him moreso than me, and we usually joke about misplays saying KEKW and boosted, stuff like that.

That’s another thing about climbing, you get the privilege to meme on your friends. It’s kinda funny and fun and makes the game a bit more enjoyable.

I’m high ranked and a good player and everything, and there’s even more amazing players, but people need to understand that they’re all human. We all make mistakes, we all misplay; no one can can play the game perfectly.

The game is full of RNG and we’re not computers: we can’t compute all the math in our head every second.

With that said, that you can’t be perfect at the game, try to improve and be the best you can. That’s what I’m trying to do. I don’t beat myself up over mistakes; I just try to do better and learn, that’s it.