HypeHorizen is thrilled to announce its first Wild player: BattMasile. He gives “110%” to everything, hitting rank one multiple times in Wild. What’s more impressive, he’s shunned the meta and hit high Legend with homebrew decks. He told us the Wild community has excitedly embraced him and now, we at HypeHorizen welcome him with open arms.

My name’s BattMasile or Matt. I got into gaming my junior year of high school. I was a big athlete, big basketball player, and my cousin got me into playing Yu-Gi-Oh! back then.

Stepping away from YGO was a big deal for me to get my life on the right track. My friends will tell ya, if you ever ran into one, they shut Dueling Network down and I needed a card game to play on my computer, but it’s definitely more than that [lol].

I fell in love with Hearthstone right away. I was like ‘wait, I can only play like three mana worth of cards on this turn? That’s so weird. I’m used to playing 20 cards in a turn. Like special summon, special summon, special summon.’ It took a little getting used to, playing with a mana curve and stuff, but once I figured it out, I met a couple of friends who were pretty good, that were high Legend back in the day, and they taught me, and I just never looked back.

I used to stream Standard. When I started playing, I was gung-ho ’cause my friends were grinding Open Cups constantly, they were in every single one. They used to be like every two hours, so we’d be in like six or seven of them a day waiting to go. If we got knocked out, we were ready for the next one; just constantly, constantly grinding. And I loved that; I loved the old way you could compete in standard.

In spring of 2018, I wound up making the Tavern Hero Qualifier, ’cause they had those back then, and I’ll never let anyone forget it because I still have my Power Core card back and it makes me so happy. After I didn’t make it to prelims that year, I stepped back and I was like ‘okay, I can keep focusing on competitive Standard or maybe I want to explore being a content creator.’

I said ‘oh you know, Wild looks cool.’ I always liked Reno and League of Explorers cards; I really liked Reno Mage. So I figured I’d give Wild a try. Before I started streaming Wild, I played a month of ladder with Reno Mage and I finished 12th in Legend. So I was like ‘okay, now my name is like somewhere up where Wild people will recognize my name if I started streaming.’ And that was it.

I streamed Standard sparingly. I would still stream tournaments; I streamed like a Copa tournament once and I did some casting on my channel for four months, but 90% from there was just Wild content.

I was streaming last week actually, and I found DracoCatt, and I raided him and said ‘hey, what’s up, I stream Wild and whatever.’ I kinda lurked and had it on as I was doing some other work and I loved the vibe in his stream and how engaged he was with his community. It was awesome. I DMd him and said ‘oh, I think you’re stream’s great.’ He was like ‘oh ya; great! Thank you.’

I wound up hosting him the next day and I was in his About Me ’cause I was really curious and this guy’s a good dude and a solid personality on camera; this guy knows what he’s doing. I saw he was on HypeHorizen and I checked the team out. One of my VIPs and longest subscribers was like ‘yeah, they got good guys in that community.’

I dug around and checked HypeHorizen out and the team has Warshack too. I’ve been watching Warshack for years. Back when I started streaming, he was very helpful to me in getting my stuff set up and giving me advice. He was just a great resource to me and I didn’t realize he was with HypeHorizen.

So I was like ‘okay, I gotta figure something out. I gotta figure out a way to get in contact.’ And I did and I’m super excited because not only do we have a lot of great people working with each other, I can offer my skills as a player, I’ve got plenty of experience coaching in both formats, but the biggest thing I can do is shine some light on the Wild format. It can be a great breather; it’s good to mix it up from time-to-time. It’s something else to dip your toe into and see how much fun the format and the community can be.

It was a natural progression for me. Streaming the format, I wasn’t familiar with any content creators or anything like that. I could hold my own in Standard ladder back then, so giving the Wild ladder a shot and saying to myself ‘oh, can I get high Legend in this format?’ It was something I really wanted to accomplish for myself because I didn’t know what top-10 Legend was like in Standard. I was never able to get to that level.

I’ve always been a super competitive person. That goes back to my earliest days of youth and playing sports. I have a really competitive dad, so everything I did was 110% at all times. I didn’t change that at all when I played Hearthstone – Standard or Wild.

The biggest reason why I fell in love with streaming Wild was the community is so unbelievably loyal to the people that embrace it. If you embrace the format, they’re gonna embrace you and give you everything that they have, like support and conversation.

Every time somebody new pops into my stream, they’re like ‘wow, it’s so amazing to see another guy streaming wild.’

We’re a pretty tight-knight group. Most of the time, we’re passing our viewers to each other in raids and hosts. It’s all about keeping it together. That sense of community that everyone kinda embraces is my favorite thing about streaming Wild.

I know that he’s a huge streamer; why wouldn’t you pick him? I’m sure a lot of people look up to him and idolize him.

But my biggest thing with him is how every game he plays, he doesn’t half-ass anything he does, he gives every game 100%. If he’s gonna put it on his channel, he’s gonna say ‘okay, I don’t care how difficult it is, how out there it is, how weird it is, I’m going into it. I’m giving it everything I can give. I’m gonna figure it the hell out. Whether it’s by myself or with my chat, we’re gonna do it.’

I used to get pretty tilted when I first started playing Hearthstone and when I tried playing other games, I couldn’t get my feet off the ground really and figure stuff out, you know, keeping a level head. But that guy is just always keeping it cool and he just keeps working and getting better. He’s unbelievable for that reason of course and for a ton of others.

I’m a huge fan of Dog. Always have looked up to Dog.

I say this on my stream, if not every day, then I never go two days without saying this in some way, shape or form.

No matter what level you get to, and how well you think you are playing and how well equipped you are at a game, don’t ever assume that you’re playing perfectly, optimally, whatever word you want to use. If you can’t allow yourself to understand that you make mistakes, you will hit a ceiling, and your ceiling will come down.

I’ll take it from personal experience. When I played YGO, I would playtest an unhealthy amount, somewhere in the 50-hour-a-week range, for two weeks before an event. Like I knew what deck I was gonna play. I was gonna spend a ton of hours on figuring out my list, and I would play hours, and hours and hours.

Even if I thought that I knew the deck like the back of my hand; back then I would be reluctant to take any criticisms or any advice because I was like ‘I put in the time and all this effort; there’s no way the conclusions I came to were wrong.’

Turns out, you can be putting in the time and everything, but it can be in the wrong areas, or you can just have some wrong information, whatever the case may be. The potential that you can reach, whether it’s for that event or even trying to grow your preparation style, whatever it is, if you don’t keep your mind open to the very likelihood that you’re doing something wrong, or you’re missing something in a certain area, then you won’t reach the potential that could be there.

You need to understand you’re human, you make mistakes. Allow yourself to learn from them and grow from them. There’s no limit to where you can go. That’s in Hearthstone, in any other game and in life. I truly believe that.

Hey, my name is Matt, I started playing Hearthstone when Whispers of the Old Gods was released, and have been playing Wild since March of 2018. My highest Wild finish is 1, with over a dozen top 10 finishes, and my most recent finish was 3 in November 2020. 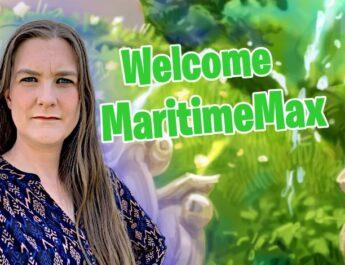 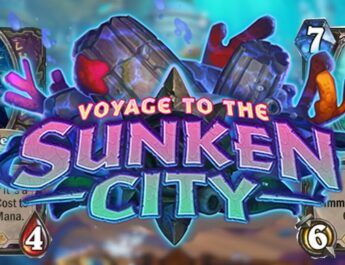 HYPE | Voyage to the Sunken City 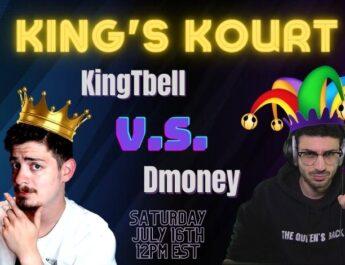 Test of Skills in the King’s Kourt