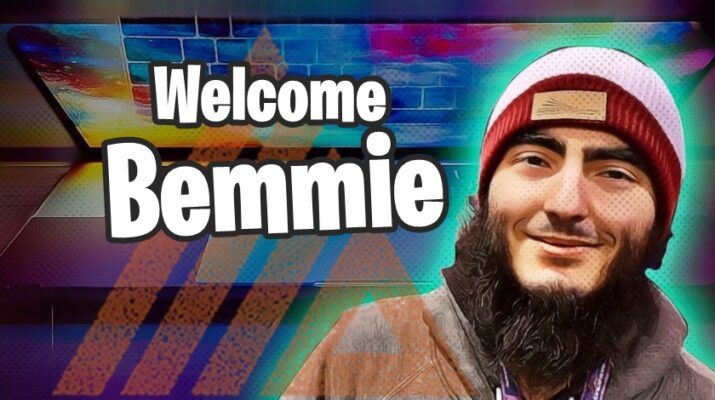 With great honor and humility we announce Bemmie!

Bemmie is the founder of ATK Mode which is a group that prides itself in being progressive and unique in its’ beliefs, with the hunger to be strong representation for under appreciated groups of players. ATK Mode and HypeHorizen joined forces in March of 2022 and Bemmie decided to come onto HypeHorizen as an ambassador to further the cause set forth at ATK Mode. Both VengaDragon and Bemmie have the same philosophy when it comes to gaming and esports representation. HypeHorizen is humbled and honored to announce Bemmie!

HypeHorizen is a leading team in Hearthstone and given I do a lot in that community , I was bound to learn about them. Getting to know Venga and doing some research, I realized the team has more layers than I imagined having.

Twitch. It’s the one I grew up with so … yeah! haha. Not much to reference except also esports is there almost all the time so it’s really a great place to discover folks and medias!

My first console was the Game Boy advance! With it came Pokemon and many many RPGs after that! The beauty of stories being abled to be told in an interactive way was awesome and then learning about esports, it just became something I will treasure forever!

I usually do let’s plays which allow to catch up on my game library in a fun and relaxed way and being to do D&D stories is great too! Very much an RPG focused channel.