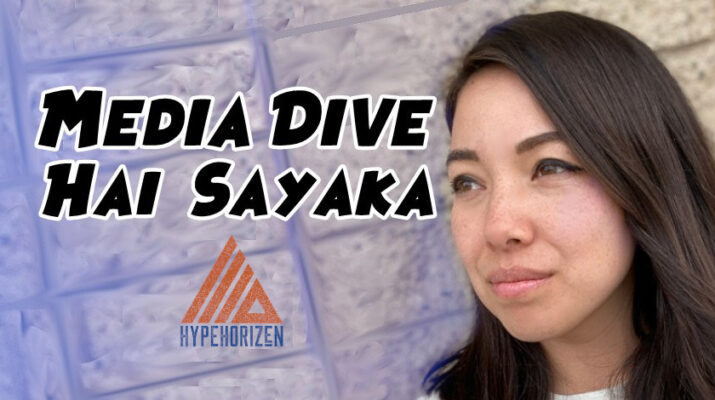 Throughout years of streaming, you tend to meet some interesting people along the way. For one streamer, it gave her needed company in a single-player game, an enjoyable experience to her viewers, and of course, plenty of memes to boot. Her name is HaiSayaka, or better known by “Ben Brodee” as “Huh-ai-sai-ahk-ay“

HaiSayaka has co-oped with several streamers, like Zalae and GamerRvg. She’s both received and given coaching and even missed a few lethals along the way.

“Co-oping is good because Hearthstone’s a one-player game, so it gets really lonely sometimes. Not only is [co-oping] fun ’cause you’re not so lonely, you also get to learn very important information because Rvg is really good at the game, he’s qualified for all the Masters Tours, and Zalae’s a GM.”

However, it’s difficult for Twitch to determine viewer numbers with streamers who frequently cooperate with other streamers. Because of that, Sayaka’s been focusing on her metrics and improving her stream. But once she gets partner, we may see some familiar faces again.

“I used to co-op with other streamers all the time and probably once I get partner, I’ll start co-oping again, but I’ve kind of taken a break from that while I try to focus on my content.”

Sometimes you get to meet the streamers you co-op with. In Sayaka’s case, she got to spend most of her TwitchCon with PizzaHS and HotMEOWTH.

“PizzaHS is from New York and HotMEOWTH is from Nevada. We pretty much stuck together the whole time and we got a lot of free stuff together. We were standing together in line to buy stuff. They’re like so funny to be around. We were just joking around the whole time. They’re great company.”

“It was so fun. I’m so mad that COVID-19 canceled the TwitchCon for this year. It’s such a great experience to meet the other streamers and viewers. Everyone is so fun and friendly. I hope it’s open next year. I really want to go again; it’s a lot of fun.”

Streamers aren’t the only people Sayaka’s co-oped with. Her mom has also made a few appearances, usually unexpectedly. Sometimes moms just need to check up on ya.

“My mom called me while I was streaming, and so I picked up and then she’s like ‘did you find a boyfriend yet?’ And I’m like ‘no…’ and she’s like ‘ok, don’t worry. You’ll find one.’ My mom’s funny; she’ll tease me [on stream].”

Now that Sayaka’s moved out, she has complete control over her streams… as long as she doesn’t check the phone.

Sayaka’s mom also taught her a few hobbies like playing the piano and crocheting. Before she started to completely focus on Hearthstone, she used to frequently show them off.

“I learned how to crochet when I was in 3rd grade from my mom and I just do it for fun, but it’s expensive to buy the yarn. That blanket is probably worth $80 in yarn.”

“Also, I gave my dog a dog bath on stream, like I did a dog park stream. I just did whatever I wanted. But now I’m trying to focus more on Hearthstone content, that’s why I don’t really do it anymore.”

However, expect a few of those hobbies to return for maybe a “special occasion” or in the form of “community goals.”