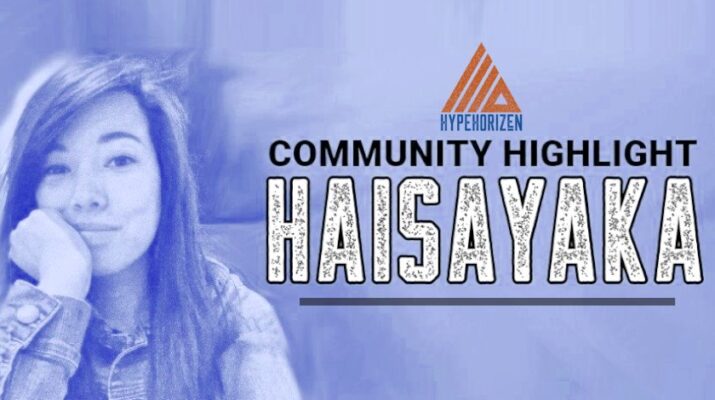 HypeHorizen prides itself on facilitating a constructive, safe and enjoyable community. All our team members and their communities embody these ideals, but today we wanted to highlight one community in particular: HaiSayaka’s gaming community.

HaiSayaka said her community is focused on the competitive side of Hearthstone. Her community frequently discusses new strategies, metas and talks about current changes and events.

“We talk about the best decks. Everybody posts different decks that other players are doing well with on Twitter and we have a little channel for the best decks in the meta right now. We’re very oriented towards competitive gameplay.”

With that resolve to focus her stream on practicing competitive decks, she attracts players who also are interested in improvement. However, that means she has a bit of additional pressure as her chat will let her know every time she misplays.

“My chat will add me in game and I’ll add them, and then I’m shocked that they’re rank-20 legend. Or others are rank-100 legend. They’re actually high legend and it’s crazy. I never get frustrated; I learn from them. I don’t see it as backseat gaming. It’s like an educational stream.”

Another core part of HaiSayaka’s stream is frequently co-oping with other streamers like GamerRvg and Pizza. Although her focus is split, her chat loves bringing other players in. Both HaiSayaka and her community get to learn and ask questions.

Although HaiSayaka’s community is mostly focused on competitive gameplay, there are some nice memes sprinkled in. For example, her chat recently brought up that she’d been mispronouncing Ben Brode’s name as Ben “Broh-Dee.”

“For six years since I’ve been playing Hearthstone, I’ve always called him Ben “Broh-Dee” until I clicked on his website and it said ‘Hey guys, what’s up. It’s Ben Brode.'”

HaiSayaka has been working to grow her community on Twitch, Discord, and now, YouTube. She’s increasing her upload frequency on YouTube and plans on posting highlight compilations, guides, and even videos focusing on individual games.

HypeHorizen can’t wait to see all the new community-focused content. Until then, good luck on ladder “Huh-Ai-Sai-Ahk-Ay.” We’re huge fans!