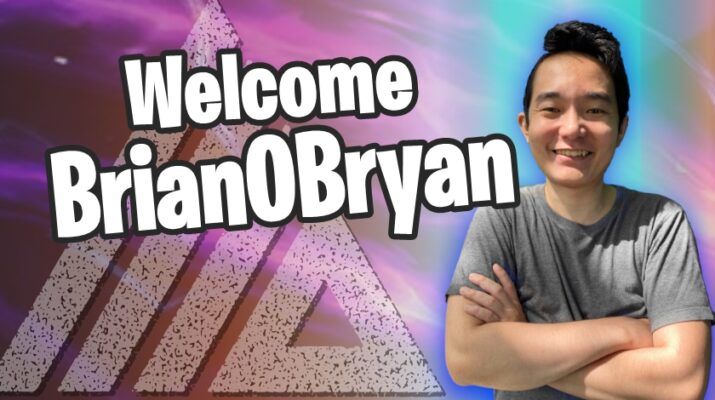 Brian has been a friend of HypeHorizen since we opened in May of 2020. He’s a highly talented player and known for maining Mage in Hearthstone. On and off the stream stage Brian is an all around great person. With honor we announce BrianOBryan to the HypeHorizen Team!

Actually the first I heard about HypeHorizen is from Dmoney himself. I was there in his stream during his official announcement!

Twitch because I believe it’s the best platform for streaming Hearthstone currently and there’s great people in the community. The extensions available on the platform like BTTV, FFZ, and 7Tv provide a fun chatting experience.

Back in the early 2000s my dad brought me to a CompUSA store and let me choose between buying a GameCube, Playstation 2, or Xbox. After trying out each console and the demos, eventually I’d pick the Xbox. I don’t remember wanting a specific console so my choice was mostly random. This later led to play sessions with my dad and we’d go through the Halo 1 campaign together in co-op mode. It was Halo 1 that sparked my interest in music and gaming. Marty O’Donnell, the lead composer for Halo at the time, is one of the best in the industry.

In Hearthstone I really look up to players like Apxvoid, Fr0zen, Jarla, and Rami94 to name a few. Apx for being the best Mage player, Fr0zen and Jarla as competitors (their work ethic and play-styles influenced mine), and Rami94 for providing the most enlightening coaching sessions back when we were on ATK Mode.

Outside of Hearthstone, I looked up to David “Walshy” Walsh from the competitive Halo scene. He’s in the Top 25 all time greatest Halo players and is someone who transitioned from player to game developer. I hope to be as successful as him someday.

The best part about streaming is meeting so many incredible people in the community. Twitch was one of the main things that helped me survive the COVID-19 pandemic. It’s always made me feel less alone.

As someone with prior teaching experience, the educational aspect of my streams is something I hope to provide to viewers. I have a passion for teaching and helping others do better.

Hearthstone standard mode mostly, but occasionally Battlegrounds and other modes. Card games were my childhood and continue to be a major part of my life. Before Hearthstone, I used to compete in the Yu-Gi-Oh TCG from 2006-2011. Even qualified for Nationals twice despite not being able to attend due to financial reasons. I think there’s an aspect to card games that makes it fun, but also provides lessons applicable to life. One of my favorite quotes that I live by is from Randy Pausch who said “It’s not about the cards you’re dealt, but how you play the hand”. I think that statement is as applicable to card games as it is to real life. You just have to make the best out of what’s given to you.

TheSuperiorDavid is my streaming rival. It’s tough to compete with someone with the title of the David that is above all other Davids 😉 In all seriousness though he’s one of my streaming inspirations and a good friend. We sometimes talk about TV shows like Hell’s Kitchen in private messages! I only wish him the best in his recent move to full time content creation. He’s worked hard to reach this point in his content creation journey and I’m proud of him. I chose him as my Nemesis because he’s someone I look up to with great respect.

I do and he’s one of my IRL friends (want to keep his name anonymous), but he’s like a brother to me and has been at my side for years.