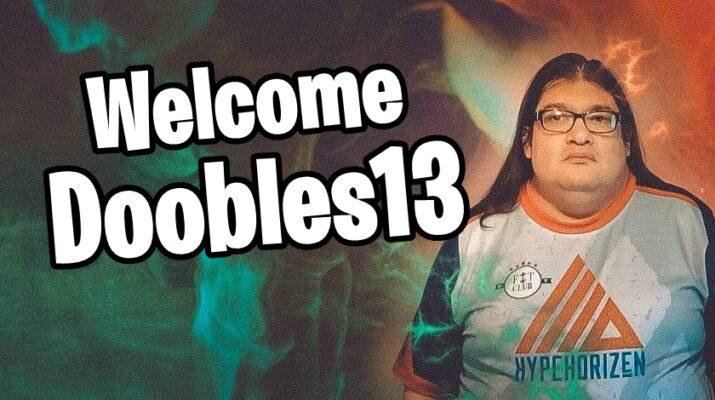 Doobles has been a friend of all of us in HypeHorizen since we opened in May of 2020. We admire Doobles’ determination to promote a positive streaming community and his warm energy brings us together. It is with great honor and hype to announce Doobles13 as a member of HypeHorizen.

How did you first learn of Hype Horizen?

I first learned of Hypehorizen from a bunch of people in the community to tell the truth. I probably first learned about it from the guy who was very paramount to my streaming career when I first got into streaming, and that is Dmoney. In fact, he was the first person I watched every single day when he was doing his 365 day streaming challenge. That dude helped me in more ways than I can count. From there, I met Dracocatt, VengaDragon, and a bunch of other people in the community who helped me along the way as well. That’s how I learned about Hype Horizen.

This is really going to date me, but at this point, does it really matter? I started playing the first Super Mario Bros game on the original NES, and it all just spiraled for me as my love of gaming grew. As I further went down that rabbit hole, I started to develop a love of roleplaying games where I played exclusively Final Fantasy games and then come 2012, I found Magic the Gathering and then Hearthstone. Oh, I also forgot to mention horror games got me into gaming as well. There’s many ways I got into gaming and that’s just to name a few.

So many people attributed my success that I can’t really think of one person, as well as those in Esports that I watch and study when I play Hearthstone. I honestly think I am going to leave it at that.

The best part of streaming is that I have met so many wonderful people that I can call friends and is a safe space for me to come back to. To top it off, the whole community feel on Twitch. When you’re part of a community, it makes you feel amazing and also gives the person looking forward to your stream something to come back to.